Staking (also called Voting) TOMO is a vote of confidence in securing the TomoChain network by selecting and supporting the most credible Masternodes. Since, only the top 150 most voted on Masternodes can participate in the network, staking participation plays an important role in the function of the entire TomoChain Blockchain.
PoSV (Proof of Stake Voting) consensus enables staking activity within TomoChain system. PoSV is essentially a democratic system in which Masternode operators are elected. Voting power is determined by the amount of TOMO staked into each
Masternode. Thus, Masternode Candidates are made to compete with each other to gain popularity with stakers and prove their competency as Masternode operators. 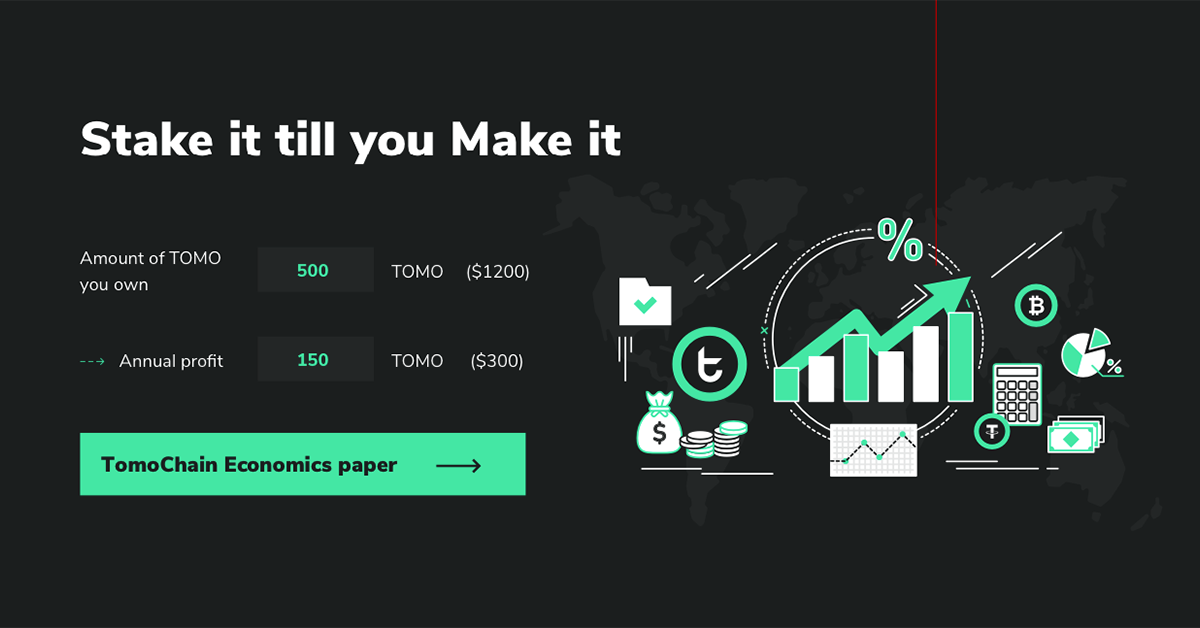 TomoChain is a scalable blockchain-powered via Proof-of-Stake Voting consensus which is used commercially by companies globally. Its mission is to accelerate the onboarding of millions of users by empowering todayâs applications with technology that masks the friction of Blockchain, all while retaining its underlying benefits.