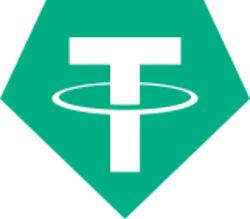 Launched in 2014, Tether is a blockchain-enabled platform designed to facilitate the use of fiat currencies in a digital manner. Tether works to disrupt the conventional financial system via a more modern approach to money. Tether has made headway by giving customers the ability to transact with traditional currencies across the blockchain, without the inherent volatility and complexity typically associated with a digital currency

How does Tether work?

The Tether Platform is fully reserved when the sum of all Tether tokens in circulation is less than or equal to the value of our reserves. Through our Transparency page, anyone can view both of these numbers on a daily basis.

Tether was originally created to use the Bitcoin network as its transport protocol—specifically, the Omni Layer—to allow transactions of tokenised traditional currency. Since this original version of Tether uses the Bitcoin blockchain it inherits the inherent stability and security of the longest established blockchain network.

Tether on the Ethereum blockchain, as an ERC20 token, is a newer transport layer, which now makes tether available in Ethereum smart contracts or decentralized applications on Ethereum. As a standard ERC20 token it can also be sent to any Ethereum address.