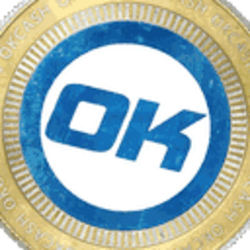 OkCash is an open source and decentralized cryptocurrency created to help people take control over their finances. It was created in 2014 when it went by the name Pimpcash. It rebranded to OkCash in 2015 under the lead developer OkToshi.

How to stake OkCash (OK)

We do recommend using Virtual Private Server (VPS) or your own computer to run OkCash core wallet with a copy of the blockchain.

You need to have coins in your wallet and leave it running, this wallet is a "node" in the network, The Okcash network is created by a lot of this nodes scattered around the world, anywhere where people download and start staking their coins, That is why it is Decentralized and free from middle men, as the users are the real power behind the network, so this nodes connect to each other and there is no Central authority or single points of failure like with masternodes or other way of distribution.  After leaving your wallet open, around 24 hrs later you should start getting your first stakes (coins) and these coins get mature and ready for use after 69 confirmations in the network which you can check in the wallet under the transactions tab.

The connections to the wallet are normal as they are other nodes connecting to yours and vice versa, your wallet automatically blocks unofficial or malicious nodes it detects, even so you could download and use malwarebytes to increase the security as it blocks malicious ip addresses extending even more the security of your connections, to have maximum security you should always download official clients and only from official sources.

You should encrypt your wallet so in case anyone else gets access to your computer (Via physical or internet access) they can not use or spend your coins as they would require the password to send any transaction as well, and the information inside is encrypted.

To Stake you can unlock only the staking process by selecting the small box "stake only" when unlocking your wallet, that way will still require your password to send coins out of your wallet but it will be able to do the stake process. (A fully encrypted and locked wallet does not stake)