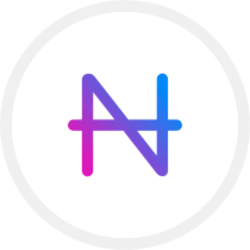 The NAV Main (NAV) cryptocurrency is being developed as a ubiquitous means of payment for purchases and transactions. The priority of the development is focused on the confidentiality of the use of digital money, which guarantees financial freedom of citizens in the conditions of decentralization of the platform.

How To Stake NAV

Today, there is one option for earning passive income for holders of the token NAV. NavCoin network is secured by Proof Of Stake consensus, which means that NAV are used to determine network weight when validating transaction blocks.

In order to participate in Proof of Stake transaction validation, you need to install the NavCoin Core wallet, and transfer your NavCoin into this wallet. Once there, go into your settings and unlock your wallet for staking to begin validating blocks.

Proof of Stake is a mechanism to achieve consensus on the state of the blockchain. In order to stake, you must hold NAV - and each NAV you hold is essentially an entry ticket to being eligible to submit the latest block.

The more NAV you have, the more often you will stake and receive the 2 NAV block reward.

Why is staking important?

Staking protects the network from malicious attacks. Blockchains are about consensus and all the nodes agreeing on which transactions are accepted onto the blockchain.

So if a malicious actor owned 51% of the staking weight, they would ‘be the majority’ and could gain control of the network. This is why it’s critical that there is a substantial amount of NavCoin holders staking - by increasing the amount of NAV staking, it makes it much more expensive for a hostile actor to reach this 51% threshold.

To be a staker you need

A full node wallet (NavCoin core or NEXT) - A hardware staking device (optional) - There is no minimum NAV required to stake, but for practicality, we recommend at least 100 NAV. Otherwise, your stakes will be very infrequent.