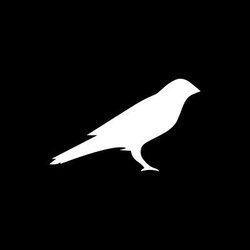 Kusama is an early, unaudited, and unrefined release of Polkadot. Kusama will serve as a proving ground, allowing teams and developers to build and deploy a parachain or try out Polkadot’s governance, staking, nomination and validation functionality in a real environment. Kusama describes itself as a canary-net: It is an early, highly experimental version of Polkadot presenting real economic conditions. It is not economically centralized and there will be no central kill switch. Kusama will exist as long as its community maintains it and the team aims to cater to new, early, high-risk functionality and projects preparing to develop and deploy on Polkadot.

Kusama is a scalable network of specialized blockchains built using Substrate and nearly the same codebase as Polkadot. The network is an experimental development environment for teams who want to move fast and innovate on Kusama, or prepare for deployment on Polkadot.

Kusama was founded in 2019 by Gavin Wood, founder of Polkadot and co-founder and former CTO of Ethereum.

The minimum requirement for staking as a validator on Kusama is much lower than it is expected for Polkadot. There are also programs in place such as Thousand Validators to help community validators rise the ranks.