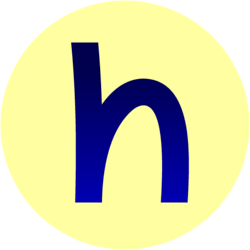 First things first: the new HOPR staking scheme will launch on July 27th and run until 17th January 2022. The goal of the scheme is to reward HOPR token holders while providing a way to develop and test cover traffic with the help of the community.

Locking HOPR tokens in this smart contract isn’t just a way to farm tokens: it’s your gateway to participating in HOPR community testing, earning even higher rewards while helping to improve online privacy.

Instead of our original plan of launching a very minimal version of staking-linked cover traffic and then iterating on that live on mainnet, we’ll be moving development to a safer environment and launching a much more robust version early next year. The tokens that we would have paid out through cover traffic will instead be paid out through the new staking scheme, so no-one will lose out. In fact, we think this is a much better and fairer way to ensure new tokens go to the people most committed to HOPR’s mission of changing online data privacy for good.

We’ll get to the exciting NFT boosts in a little while, but here’s the rundown on how the staking part will work.

To participate in HOPR staking you’ll need to stake and lock your tokens in a HOPR smart contract. Rewards will start from July 27th and run until January 17th 2022, a period of 175 days. The contract will go live in mid-July to give people time to participate for the full period. You can join the contract at any time, but once you do, your tokens will be locked until the end date.

Rewards will pay out as the contract runs (the current plan is for rewards to be claimable on a block-by-block basis). You can claim your rewards as you go, or you can choose to reinvest them in the contract to compound your earnings. If you choose to reinvest, your APY will increase, but those tokens will be locked until January 17th like the rest of your stake.

Staked tokens receive a base reward of 0.05% per day. This works out at 18.25% APY, assuming you don’t take advantage of compounding.

If you do restake your tokens, then obviously your final APY will be even higher (exact figures will be provided once the details of the contract have been finalized, as precise returns depend on how often rewards can be claimed and restaked).

This 18.25% figure is the base APY from which the various NFT boosts will be calculated. But 18.25% is the minimum return here: if you decide to just lock up your HOPR tokens and forget about them for six months, you’re still going to get a very nice reward at the end of it.

Here’s a hypothetical example of how it might work (actual NFT numbers are still being tinkered with — we’ll release more details in the next few weeks).

The more you participate, the more your APY will be boosted (figures only for illustration)

You stake your tokens in the HOPR smart contract, earning you a base APY of 18.25%. You’ve been HODLing your tokens since you first heard about HOPR in May, so you earn the silver tier of HODLr token, worth a 3% boost.

You participate in three testnets. Each earns you an NFT with a 1% boost. For participating in all three, you get a special NFT as a thank you for your support. That comes with a 2% boost.

In the meantime, you take part in a HOPR DAO discussion and come third in one of our community contests. So you get two more NFTs, each worth 0.5%.