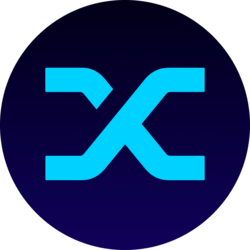 Havven will be a decentralised payment network where users transact directly in a price-stable cryptocurrency. Those who use the stablecoin pay fees to those who collateralise the network, compensating them for the risks of providing collateral and stability. Collateral providers control the money supply, and fees are distributed in proportion with each individual’s stabilisation performance. Thus, Havven rewards suppliers of stability and charges those who demand it.

SNX holders can lock their SNX as collateral to stake the system. Synths are minted into the market against the value of the locked SNX, where they can be used for a variety of purposes including trading and remittance. All Synth trades on Synthetix Exchange generate fees that are distributed to SNX holders, rewarding them for staking the system.

Staking is the process that converts the SNX token into pooled collateral for the network. When an investor stakes their tokens, they're minting sUSD to be used to trade for synthetic assets, whether by the staker or another investor. The staker can trade the sUSD for a synthetic asset on Synthetix Exchange or exchange it for ETH or another ERC20 token on a variety of exchanges.

Stakers earn weekly rewards for collateralizing the network. Without staking, an SNX investor can only profit from an increase in the price of the token. As of February 2020, about 80% of SNX tokens are staked. Synthetix Dashboard has up-to-date stats on the network, including the percentage of staked tokens.

The rewards stakers earn are absolutely not risk-free. The staker is providing collateral for traders to trade against. If traders are profitable, net of fees, stakers will lose out in the long term. In the early days, protocol incentives de-risk the staker's role to some extent, but this calculus can change at any point.

Anyone who holds the SNX token. That said, if a staker holds less than 250-500 SNX, gas costs may exceed the benefit of staking rewards.

How To Stake SNX