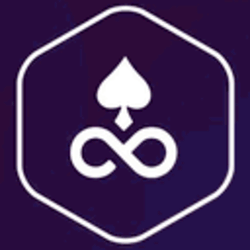 EDG is a utility token used in the Edgeless casino. It is the casino's branded gaming currency and is one of the top altcoins on the Ethereum blockchain.

You can buy EDG tokens on one of the exchanges:

The EDG token is used for bankroll staking. It is a new feature available to EDG token holders, who can participate in Edgeless bankrolling by staking their EDG tokens.

This technology is so new that most pioneering companies are only beginning to understand the best ways to utilise  ‘smart-contracts’, and that includes Edgeless. The Blockchain industry has the largest number of hacked or infected projects in comparison to any other industry. Due to the nature of this technology and the blockchain industry as a whole, Edgeless staking is at a higher risk of hacker attacks.

There is volatile element involved in the casino’s bankroll.

The casino doesn’t win every day, this is especially so in Edgeless' case as it offers 0% house edge skill-based games. Therefore, when staking, participants take a risk. Although it is highly unlikely, at the end of a cycle there can be a bankroll deficit.

The Edgeless platform is based on the ether blockchain and develops the idea of creating a decentralized online casino.