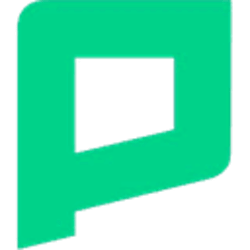 What is Phore Blockchain?

Phore Blockchain is a digital ecosystem that leverages distributed ledger technology to enable the transfer of value across an accessible, standardized system that is secure, flexible and scalable. Phore, or PHR, is the native cryptocurrency, or digital asset, of the Phore Blockchain.

The platform supports an increasing variety of applications and ventures which support a growing range of capabilities and uses.

Phore Blockchain Technologies and Services are tailored for the smarter, connected business.

What is the Phore, PHR Cryptocurrency?

Phore, or PHR, is a native cryptocurrency, or digital asset of the Phore Blockchain and offers you ways, to transact the way you choose. The PHR cryptocurrency features fast, reliable, and secure transactions, with flexibility to be either private or transparent.

The Phore network, or Blockchain, is decentralized, and is community governed through a voting system. It is a Proof of Stake (PoS) network that rewards holders of the Phore cryptocurrency for participating in the Phore. Masternodes and Staking help to keep the network secure.

How do I buy Phore/PHR Cryptocurrency?

Phore, or PHR, is actively traded on several cryptocurrency exchanges. The most recent list of exchanges that trade Phore, please click here.

Staking is an integral part of providing security to the Phore blockchain.

Anyone that holds PHR in the official Phore wallet can stake their coins, help secure the blockchain, and in return, receive block rewards. Simply keep the Phore wallet open where you store your coins. Your PHR will stake and mint new coins when you find a new block.

To begin staking, Download the Phore wallet, and send coins to your PHR address.

Phore Blockchain enables the transfer of value across an accessible, standardized ecosystem that is secure, flexible and scalable.