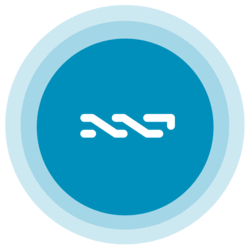 Staking NXT can be a very profitable and secure way to manage your investment. NXT uses the Proof of Stake protocol where users stake their coin holdings in order to create and confirm blocks on the network and earn more currency. This is not called mining, but rather referred to as forging or minting.

NXT is a fully pre-mined coin that relies on transaction fees as a means of reward for its users. It is an open source application platform that expands on the already broad spectrum of functions of the blockchain. Being the first proof of stake protocol using blockchain since 2013, it has never stopped gaining popularity among the community. NXT staking makes the network more secure as you play the part of a validator when being chosen.

The main advantage of NXT is the ability to create your own tokens and currencies, which is a great benefit for businesses trying to tokenize their assets. In this article, I will show you how to stake NXT, and thus earning some passive income.

How To Stake NXT

Staking NXT is just like any other coin, you get a sum of coins in an open wallet, host that wallet on a PC, Laptop or another device 24/7 and watch your investment start working for you. NXT uses the forging method of staking, meaning that when the network chooses a user, he creates and validates the blocks, also known as the process of forging. Unlike Bitcoin or ETH, where you get new coins that have not been in circulation until now, in the NXT network you get the transaction fees in the block. NXT is a fully pre-mined cryptocurrency, meaning no new coins are put in circulation. Because of that, the only way to obtain this currency is by purchasing it from exchanges.

How To Stake NXT Guide

Complete Guide to Forging NXT with a Raspberry Pi