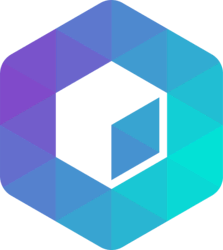 How To Stake NEBL

Today there is one option for earning passive income for holders of the token NEBL. All transaction on the Neblio Blockchain Network are secured by the efficient POS distributed consensus algorithm. Just by leaving the core desktop wallet open and connected to the network, users are helping to ensure the operation and security of the decentralized global Neblio network. For doing so, users are rewarded for their part in creating new blockchain blocks and verifying each block full of transactions and information that power the network. This encourages users to actively participate in governing, operating, and securing the network via staking. Staking is as simple as leaving NEBL in your Core Desktop wallet with your computer powered on and connected to the network. While on, the Neblio wallet is verifying all network transactions, attempting to stake new blocks, and making the Neblio Network stronger.

To stake NEBL, you must first have

A secure, distributed, platform built for enterprise applications and services. Running on the Neblio blockchain network.