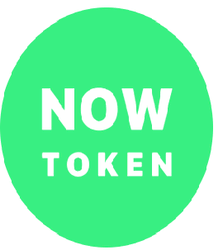 NOW is the first native digital asset introduced by an instant exchange platform to serve as an internal currency accepted within the NOW product system.

Users can stake from 10 to 100,000 NOW tokens to earn up to 25% per annum. Since ChangeNOW is a non-custodial exchange, its native ERC-20 NOW tokens are kept on chain with no intermediary. Still, the longer a user holds the stake, the larger is the reward! Moreover, the staking amount can be increased at any time without the multiplier being lost: it is completely up to the stakeholder how large the final bonus will be.

You can stake NOW tokens by performing a ‘Freeze’ transaction. Upon creating this transaction, you begin earning rewards. The total reward depends both on the amount of tokens staked and the period they have been staked for: you can boost your revenue up to 25%!

How do I stake tokens in the Ethereum network to get a reward?

To get a reward for staking tokens, you need to have at least 10 NOW stored on staking smart contract. The reward is granted on a weekly basis and accrued via a staking pool. Later, they may be redeemed or staked — either in part or in whole. The reward calculation process is automated, so just ensure you have some tokens staked and do not unfreeze them in the middle of the week.

How is the reward calculated?

At 12:00 UTC on Wednesdays, our system registers the volume amount of staked assets. Then, it automatically calculates the rewards depending on the current amount of tokens staked on each account and the reward multipliers. All the users receive the rewards in 48 hours. You can check the expected revenue with the help of the reward calculator.

You can read more about NOW staking rules in Terms of Service.

How is the reward multiplier calculated?

When calculating user rewards, our system uses the compound interest scheme. It means that accrual is computed based on both the initial deposit and the interest accumulated over the previous periods.

In legacy finance, it is necessary to reinvest income to accrue compound interest. However, ChangeNOW simplifies the process so that users need to take no additional actions — they can just start staking.

Here is an example:

At first, a user has staked 100 NOW. After one week, the user received around 0.43 NOW. In a week ahead, the reward to be paid out will be calculated from 100.43 NOW (not from the initial 100 NOW). Thus, staking NOW turns out to be a very attractive enterprise with 25% annual ROI.

When do I receive the reward for staking ERC-20 and BEP-2 NOW?

All stakeholders get their rewards on Wednesdays, at 12:00 UTC. The process is completely automated and fair! The reward tokens normally arrive in 48 hours.

NOW Token (NOW) is a cryptocurrency token and operates on the Binance Coin platform.