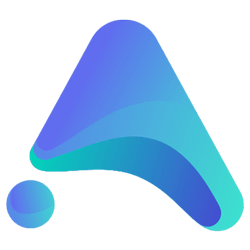 If you own XLQ coins and leave your Staking wallet open, you will receive a free coin reward. This helps to keep the network up and running and also increases the decentralization of Alqo network. Wallet needs to be synchronized, unlocked, connected to internet (and running 24/7).

The Proof of Stake (PoS) consensus algorithm is very similar in nature to the Proof of Work algorithm outlined above, rather than devoting computational resources (i.e. work), participants dedicate their ALQO coins as collateral, the more coins one possesses the more likely they are to secure a block. This has two added benefits: first, it is cheaper and more cost-effective than PoW as it does not waste nearly as much electricity and real-world resources as PoW does. Second, since the likelihood to find and validate a block is proportional to the stake one owns in the network, the more incentivized they are to ensure its ongoing health and are far less likely to perform malicious attacks against their own wealth. Therefore, it becomes extremely expensive for an external attacker to perform attacks on the network.

Traditionally, staking requires that a user has their device running and continuously connected to the network at all times, otherwise they are skipped by the network for reward distribution. With the groundbreaking Liberio wallet, cold staking is now a reality - users automatically stake and gain rewards for their balances without having to take any actions whatsoever. Think of it as generating passive interest on your bank balance while helping maintain its infrastructure at the same time while incurring no costs at all.

Alqo is a Proof of Work/Proof of Stake cryptocurrency based on the Quark algorithm. Alqo features a second layer network of masternodes that provide near-instant and private transactions.