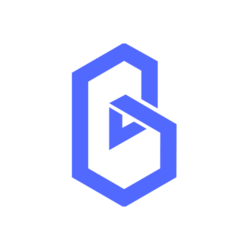 Band Protocol is a secure and scalable decentralized oracle serving as a layer-2 protocol on public blockchains. It allows dApps to leverage existing data on the internet without trusted intermediaries bridging the use cases between Web 2.0 and 3.0. Band’s unique multi-token model and staking mechanism ensure that data is free from manipulation. By making data readily available and reusable on-chain Band Protocol offers a cheaper and faster solution compared with alternatives all without compromising security. Developers using Band Protocol will be able to build a wider range of dApps with integration to off-chain financial data reputation scores identity management systems and much more bringing blockchain closer to mass adoption.

BandChain is a high-performance public blockchain that allows anyone to make a request for APIs and services available on the traditional web. It is built on top of the Cosmos SDK, and utilizes Tendermint's Byzantine Fault Tolerance consensus algorithm to reach immediate finality. This finality is specifically reached upon getting confirmations from a sufficient number of block validators.

Ever since the Bandchain mainnet was introduced at first, there is support to begin staking BAND on CosmoScan. An interesting option to explore under the current circumstances. What makes CosmoScan so interesting is how it has Ledger hardware wallet support.

Through this service, users can delegate staking through a validator. This balance can be undelegated at any given time, should one prefer this option.

The Atomic Wallet is a versatile offering in the cryptocurrency world. It supports many different assets, allowing for staking of certain coins, including BAND. Desktop, web, and mobile users can benefit from this option. Users simply deposit funds and delegate their balance to validators on the list. A simple procedure, yet one that is pretty effective.

Different from what CosmoScan has to offer, CosmoStation allows for web, and mobile Band Protocol staking as well. After downloading the wallet and depositing funds, users are given the option to delegate to validators. The system is virtually identical across all platforms supporting BAND staking, as this seems to work quite well for all users involved.

BitMax is making a name for itself. This is done primarily due to its support for staking new coins, including Band Protocol. Users can begin staking their coins through the exchange, as BitMax is a network validator. For those who prefer keeping their coins on a trading platform, this is certainly an option worth checking out.

One recent addition to the Band Protocol staking list is Huobi Pool. Operated by the Huobi exchange, this pool is designed to let users staking this asset. It requires a minimum of 10 BAND to engage in this activity. Huobi Pool appears to be another network validator, making it easy to withdraw rewards whenever required.

BandChain's network consists of a number of network participants, each owning BAND tokens. These participants can be broken down into two groups; validators and delegators.

Validators are responsible for performing two main functions on the network. First, they are responsible for proposing and committing new blocks in the blockchain. They participate in the block consensus protocol by broadcasting votes which contain cryptographic signatures signed by each validator's private key. This is similar to most other Cosmos-based delegated proof-of-stake blockchains.

Each validator will have a certain amount of BAND tokens bonded to them. The source of these tokens can either be their own holdings, or the tokens delegated to them by other token owners. In most cases, there will be a large number of parties with tokens staked to them. In that case, the top 100 validator candidates with the most token staked to them will become BandChain’s validators.

The role the validators described above is similar to those of validators on many other Cosmos-based blockchains. In addition, most transactions supported by BandChain (asset transfer, staking, slashing, etc.) are also derived from Cosmos-SDK. What makes BandChain unique, and the origin of the validators' second duty, is the chain's capability to natively support external data query.

Band Token and Use Cases

BandChain currently utilizes its native BAND token as the sole token on its network. The chain then uses the promise of receiving reward tokens as an incentive for validators to produce new blocks and submit responses to data requests. Additionally, any network participants can use the tokens in 3 ways:

BandChain applies an inflationary model on the BAND token system to incentivize network participation by the token holders. The desired outcome of this model is that token holders will opt to stake their coins on the network, rather than solely focusing on trading, or doing nothing with it at all. The specific inflation parameters are taken from Cosmos network; namely, the annual inflation rate ranges from 7% to 20%, and is adjusted to target to have 66% of the total supply of BAND token staked.

To illustrate how inflation incentivizes staking, imagine we have a network participant with a certain amount of holding. With inflation, if they choose to not use their coins to participate in the network’s activities, they will find that the percentage of their holding with respect to the total supply decreases over time. However, if they decide to stake their coins, they will be given a share of coins proportional to the inflation, meaning their total token holding ratio will now remain relatively unchanged.

As in other Cosmos-based blockhain, the one of the roles of Bandchain's validators is to provision new blocks and process transactions. By performing those tasks, they earn BAND tokens as a reward. In the case of block provisioning, the reward comes from the tokens newly minted on that block. Conversely, the reward for processing transactions comes from the fee that each validator chooses to set. Note that a percentage of the total block reward is diverted to the community fund pool.

Those who do not wish to become validators themselves can still earn a portion of the validator rewards by becoming delegators. This is done through staking their holding on the network’s validators. By doing so, they will share the revenue earned by those validators.

The amount of reward each validator receives is based on the total amount of tokens staked to them. Before this revenue is distributed to their delegators, a validator can apply a commission. In other words, delegators pay a commission to their validators on the revenue they earn.

However, while delegators share the revenue of their validators, they also share the risks. Thus it is imperative for potential delegators to understand those risks, and that being a delegator is not a passive task. Some actions that a delegator should perform are:

In the Cosmos SDK, gas is a unit that is used to track the consumption of resources during process execution. It is typically consumed during read/write operations, or whenever a computationally expensive operation is performed. The purpose of gas is twofold:

Extending from the second point, gas consumed during the execution of a message is priced. This results in a fee, the value of which is equal to the gas value multiplied by the price. Each block validator can subjectively set the minimum gas fee that must be reached for them to process the transaction, and choose whatever transactions it wants to include in the block it is proposing, as long as the total gas limit is not exceeded.

During periods when there is a high amount of transactions that is waiting to be processed, a bidding-like scenario will occur where senders try to get their transaction included in the upcoming block. They do this by trying to have a higher proposed fee than other senders. Note that all pending transactions will eventually be sent, regardless of the fee amount proposed by the sender. The amount of gas the sender is proposing to pay only determines the likelihood that their transaction will be sent first.