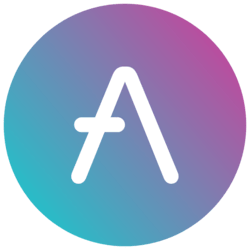 Aave was originally launched as ETHLend, a lending platform that was founded in 2017 and then rebranded to Aave&nbsp;in September 2018. The name itself is Finnish and translates to “ghost” in English. And the ghost represents Aave’s focus of creating a transparent and open infrastructure for decentralized finance.

How to stake Aave?

To stake you can head over to the Aave app's Staking section. Over the staking section select 'stake', input the amount to stake and click on 'stake'. Then proceed to send 2 transactions to stake your AAVE:

Here you can watch step by step Aave staking tutorial:

How do I stop staking?

What is the cooldown period?

IMPORTANT: After the cooldown period is complete, you have a 2 day window where you can unstake. If you do not unstake during that period, you will have to start the cooldown process over again.

If the cooldown period was activated 10 days and 4 hours ago, you can unstake!

Can I add stkAAVE or stake more AAVE while in cooldown period? 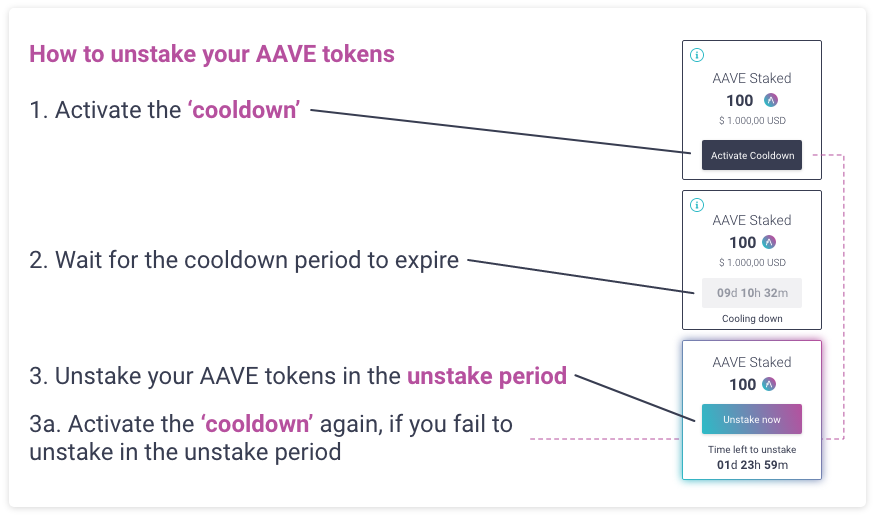 How do I claim my rewards?

You can claim your rewards at any time over the staking section clicking on "Claim". The AAVE tokens from the reward will be in your connected wallet as soon as the transaction is confirmed.