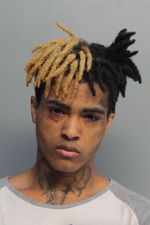 XXXTentacion musician is the first to posthumously release music as NFTs. The auction for his NFT pieces started on May 10th ending on May 15th on YellowHeart. XXXTentacion NFT collection features The Revenge Tour Moments in 2017, Open Edition Singles, The Revenge Tour Poster, and Limited Edition Photos of the controversial rapper.

XXXTentacion died in a shooting in June 2018. A 20-year old rapper was fatally wounded during a robbery. Being quite a controversial figure and having a lot of problems with the law, Jahseh managed to gather a large fan base. “He made music for those who felt like him, for the kids that felt abandoned, the outcasts, the socially unacceptable, and most important the emotionally broken kids with undiagnosed mental health struggles” – tells the description of his NFT collection.

XXXTentacion was accused of abusing his ex-girlfriend, therefore, YellowHeart will donate proceeds from the sale to the nonprofit XXXFoundation. This organization supports women who have experienced domestic abuse.