A War On Everything NFT Collection by The Glorious Sons

Based on a limited-edition physical poster series by designer Swing From The Rafters, released exclusively to fans via their own app, TGS Union, the ‘A War On Everything’ NFT collection comprises 15 unique digital works, each representing a track on the band’s album of the same name, as well as an immersive composite album piece combining all 15 works in the series (pictured above).

Each one of the 15 works will be auctioned as 1-of-1 edition NFTs on the Rarible marketplace and come with a pair of season passes, allowing the holders unlimited access to any TGS shows, anywhere in the world throughout 2021-22. The golden ticket album NFT, also to be auctioned as a 1-of-1 edition, comes with a pair of unlimited LIFETIME passes to any shows, the ultimate for any TGS superfan! The auctions will be hosted on the Rarible marketplace from May 27 to June 10 and close at 7 PM Eastern. 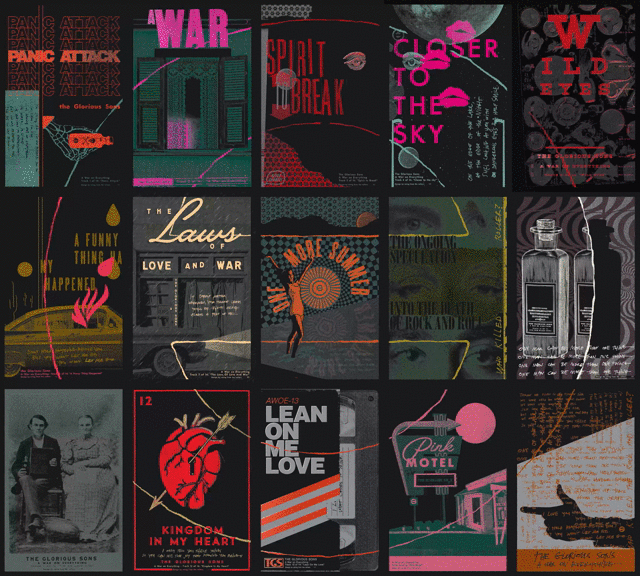 Following the release of their brand-new tracks ‘Daylight’ and ‘Young King’ two-time JUNO Award-winning rock band The Glorious Sons are excited to announce their debut NFT collection, ‘A War On Everything’, offering their fans incredible real-world redeemables including pairs of ‘seasons passes’ and one pair of lifetime passes to the band’s incredible live shows.