A Star Wars fan who worked with movie actor Dave Prowse MBE is here to unveil a rare hand cast that was created with the actor over 16 years ago.

The Star Wars fan known as “Mr Collaborator” has been working with Odious to create unique artworks in memory of the actor who played the famous sci-fi villain and character Darth Vader in the Star Wars trilogy movies between 1977 & 1983.

Mr Collaborator said he has kept his promise to Dave who was made a Member of the British Empire that one day he would unveil the cast with a final message to all Dave’s fans around the world. “It’s a fitting tribute to one, if not, the greatest movie villain and character of our time.”

Odious is a 22 year old artist from the United Kingdom, he creates work with experience and emotion in mind. He likes to think of himself as the architect for your story. Lately he's taken a more expressive approach with his art, shifting away from his iconic character and developing a style based on colour and texture. Today, he presents you four artworks to commemorate the legacy Dave left behind. 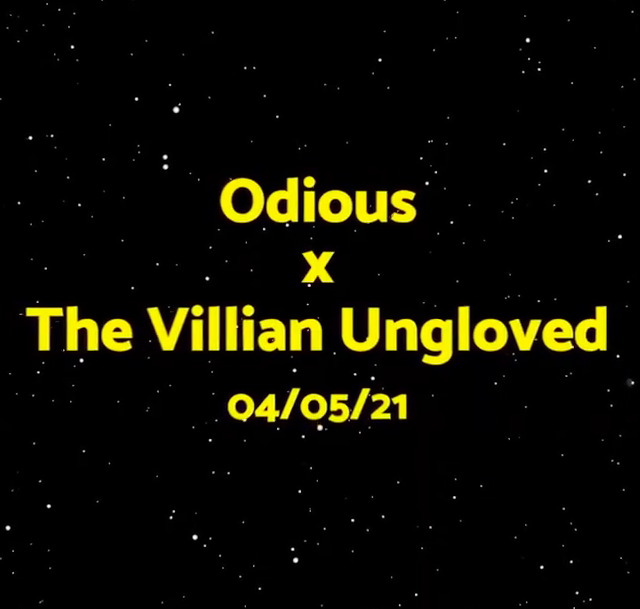 We are thrilled to welcome back Odious to Nifty Gateway with his first solo collection! He had previously collaborated with FEWOCiOUS, parrott_ism, and Jonathan Wolfe in a collection that truly exemplified the idea of community so often talked about in the NFT space. This time is no different—Odious has brought along Mr Collaborator to create four special artworks as tribute to one of the most memorable movie villains on such an iconic day like May 4th. Welcome back Odious and welcome Mr Collaborator!