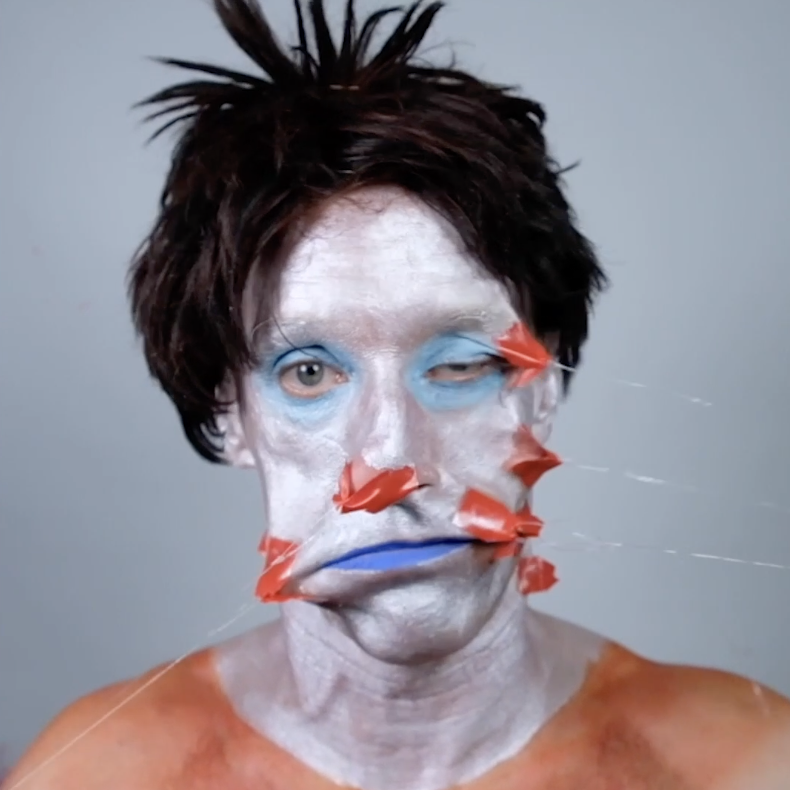 The New York-based performance artist and sculptor David Henry Nobody Jr. has a three-decade-deep repertoire in the art world. He is known on Instagram as @davidhenrynobodyjr. Press: BBC, Vice, and the New York Times.

"We all have strings attached, especially nobody. STRINGS ATTACHED can neither support nor deny the question of whether we are all doomed or not. The baggage of the artwork is akin to the push and pull of pictorial space itself, an amalgamation of attraction and repulsion. Stay sick, turn blue and be the puppet master of your avatar self. This is a YouTube cosmetics tutorial from another dimension. Live and squirming in New York, New York." – David Henry Nobody Jr.