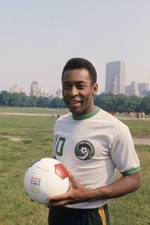 Ethernity Chain is proud to announce the official licensed Pelé collection of authenticated non-fungible tokens (aNFTs) honoring the legacy of iconic Brazilian Soccer player Pelé. The collection of 3–6 pieces will drop on popular NFT platform Ethernity Chain on May 2nd. Created by Australian concept artist Kingsletter and Visual Lab, the collection marks the first time Pele trading cards have ever been released digitally.

Physical vintage Pelé soccer cards are the most valuable trading cards in the world; Pele’s rookie card trading at record prices in soccer. 90% of Pelé NFT sales will benefit the Pelé Foundation, a charity that empowers and educates children battling poverty around the world. The first in a series of Pelé NFTs will be followed by another batch due for release later in the year.

Widely regarded as the greatest soccer player of all time, Pelé was a joint-winner (with Maradona) of FIFA’s Player of the Century award in the year 2000. During his heyday, Pelé scored over 500 top-division goals for his native Santos and was part of three Brazilian World Cup-winning teams in 1958, 1962, and 1970. Despite retiring in 1977, the striker remains the top goal-scorer in the history of the Brazilian national team, with 77 goals from 92 appearances.

The Pelé NFT wil lbe the gold-standard of soccer NFTs. The platform aims to honor the past while innovating in the future-centric NFT space. 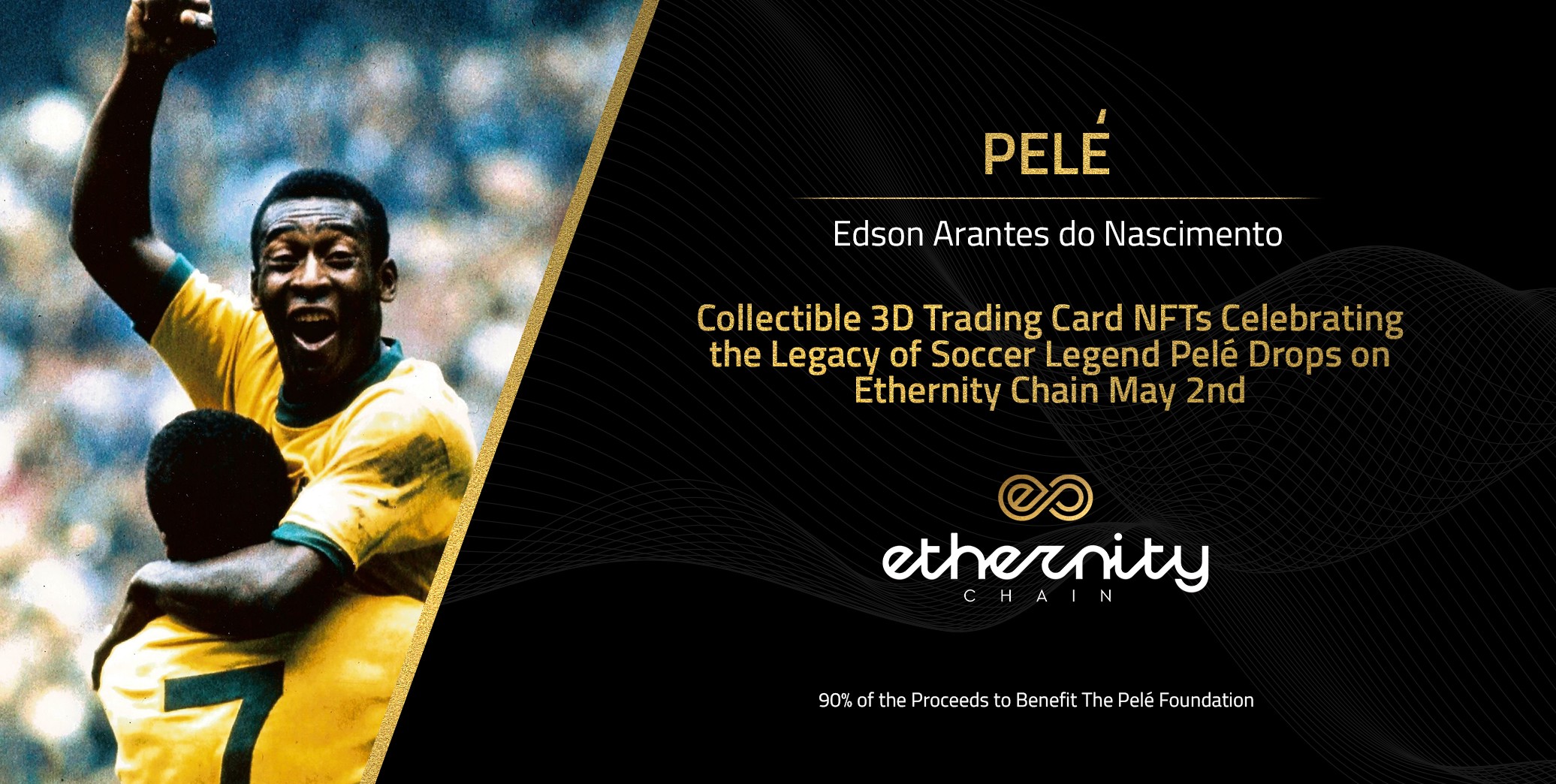