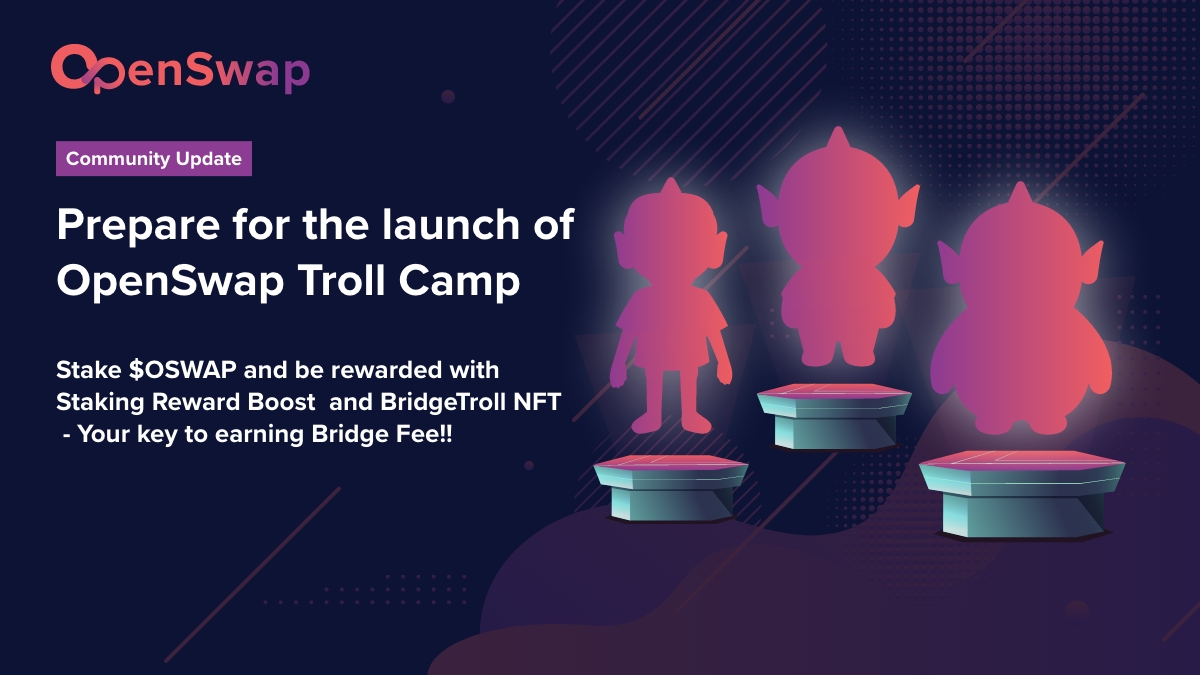 Spot Price Queues - the initial type of Liquidity Queue that will enable swaps to occur at spot-market prices obtained from decentralized oracles, a truly unique and powerful DeFi features unseen in the current landscape.

For those who don’t already know, the ‘Liquidity Queue’ concept is a first and an important puzzle piece to OpenSwap’s mission of revolutionizing on-chain liquidity. It all starts with the DEX aggregator offering users the choice to fulfill their swap with any liquidity source on any chain including zero slippage sources like OpenSwap’s liquidity queues.

Then, Hybrid Smart Router will allow OpenSwap to utilize existing liquidity in AMM pools in conjunction with liquidity queues to execute swaps in the most efficient manner providing the most return for users’ swaps. And finally, all will be linked up to make inter-chain swaps a seamless reality when the Open Interchain Protocol will be rolled out, a cross-chain bridging solution that offers efficient cross-chain swaps of chain-native digital assets through the usage of single-asset vaults and decentralized mechanisms!

At the core of the interchain protocol is the concept of ‘Bridge Trolls’. Bridge trolls perform the tasks of monitoring the protocol for transaction requests, verifying and signing transactions to carry out the withdrawal of funds on different blockchains. Trolls will need to stake bonds in the form of the native OSWAP token to be a part of this Open Interchain Protocol mechanism, and as rewards, they will earn a portion of the transaction fees as assets cross the bridge!

There will be two types of Bridge Trolls:

MEAN Trolls: ‘MEAN Trolls’ are upgraded Green Trolls. These superior trolls require a larger OSWAP qualification stake, and in return carry out additional responsibilities for a greater share of the transaction fees. To be trusted to carry out these additional responsibilities, all Mean Trolls need to be voted into place by the Bridge Community and require a specific MEAN Troll NFT key to serve this role. Additionally, MEAN trolls will need to post a bond on each chain to be eligible to participate in withdrawal tasks. Their assigned transactions are based on their ability to cover the transaction amount with their bonds.

Depending on the amount of OSWAP tokens staked, community members will be categorized in 1 of 3 BabyTroll tiers; the more OSWAP staked, the higher BabyTroll tier you’ll be in.

Without further adieu, let’s introduce the features of each of the 3 Baby Troll tiers — and welcome you to the #OpenSwapTrollCamp!

Last but not least, the third BabyTroll tier: Hunny BabyTroll.

All OSWAP rewards earned from participating in the Troll Camp stake will be distributed upon the end of the staking period, and will not be subjected to any vesting schedule!!!

Every Bridge Troll NFT will be unique and represents a stake, for example; if you stake OSWAP tokens in the ‘Hungry BabyTroll’ Camp, you will be able to earn a ‘Hungry BabyTroll’ NFT, and the same goes for ‘Happy BabyTroll’ camp and ‘Hunny BabyTroll’ camp. Every time the Troll Camp staking is opened, each BabyTroll tier will have a max cap in the available slots for that specific intake, so be sure to have sufficient OSWAP ready before the Camps open!

$OSWAP are currently traded on MEXC, PancakeSwap, ImpossibleFinance, and of course OpenSwap.

Bridge Troll NFTs will entitle you to amazing unique-to-OpenSwap benefits including OSWAP staking Reward Boost, APR, and much more! These Bridge Troll NFTs are transferable, but you will need them to get back the OSWAP tokens you stake as you would need to burn the NFT. Every time an NFT is burned, the user will receive back the OSWAP staked, and it opens up a free slot in Troll Camp for someone else.

For those who’d want to become a ‘Green Troll’ on the Open Interchain Protocol, you’d need to have either a ‘Hungry BabyTroll’, ‘Happy BabyTroll’, or ‘Hunny BabyTroll’ — Bridge Troll NFT. The NFT will represent the brand for your node, and you may build up your reputation and sell your NFT as you like! Additionally, a minimum stake of OSWAP tokens will be required to operate as a ‘Green Troll’ (more information will be released closer to the feature launch date).

OpenSwap are excited to announce the upcoming launch of OpenSwap Troll Camp, a fun community-focused initiative to allow OpenSwap users to stake OSWAP and be rewarded.