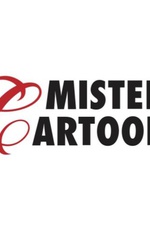 BEYOND THE STREETS presents Mister Cartoon’s iconic L.A.’s Finest digital mural NFT. The original mural was a hand painted installation at the MOCA Los Angeles for the Art in the Streets exhibition in 2011. A world renowned celebrity tattoo artist and designer, Cartoon set his intentions to create a mural that would honor his roots in graffiti. Understanding graffiti’s ephemeral nature, Cartoon painted an elaborate mural that would only live for the duration of the MOCA show and true to street art style was destroyed at the closing of the exhibition. The mural features a romantic street fantasy collage, mirroring real life characters from Cartoon’s own life experiences. The LA’s Finest mural pays homage to Cartoon’s L.A. using Cartoons signature black and grey tattoo style with a centerpiece with that iconic Dodger blue. Don’t miss Mister Cartoon’s epic “Grim Sleeper Impala” in META_VS!

Born and raised in Los Angeles, Mister Cartoon was immersed in art from an early age. He began his career as a graffiti artist before branching into murals, album covers, logos, and now most famously known for his tattoos. His richly detailed, hand-rendered designs pull much of their inspiration from the Los Angeles of Cartoon’s youth. At one time, the black and grey, fine line style was synonymous with LA street life. Cartoon’s work has helped bridge the gap between those hardscrabble beginnings and the style’s current popularity. Stars such as Eminem, Travis Barker, Slash, Dr. Dre, 50 Cent, Beyoncé, along with athletes like CC Sabathia, Amarie Stoudemire and Carlos Boozer wear Cartoon’s art on their skin. Learn More