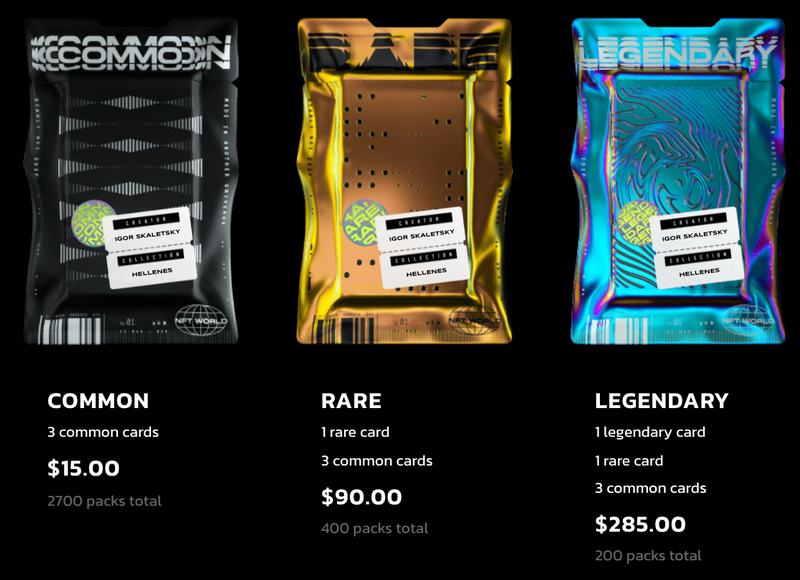 Hellenes are the modern goddesses created by Igor Skaletsky - a digital collage artist based between Berlin and Tel Aviv. They are angels, demons, fairies, or sometimes childhood dolls trapped in the symmetry dimension. These fantastic and dreamy creatures are silent and unreachable. They avoid direct eye contact with the audience yet showcase the most substantial power. Destiny took away the warm flesh and blood from these vulnerable figures, turning them into immortals and deified these fragile female images. Thus, the women in this collection all appeared as Hellenes Goddesses. They look at us under various appearances and costumes; however, the sympathetic gaze stays the same.

Igor Skaletsky has traveled in the hot spots of contemporary art, including Venice, Berlin, New York, Miami, and Paris, to find his own visual identity. In his works, he’s freely manipulating the recognizable images of the history of art and high culture and ironically unites them in the stylistics of fashion magazines. He sends us back to patterns of our perception and at the same time destroys them. Our visual habits, this secret passage to the unconscious, become juggling toys in his hands. The spectator lives through his images as if through the shock of the unexpected discovery of a familiar story.

Hellenes are the modern goddesses created by Igor Skaletsky.