David McLeod is an Australian multidisciplinary artist and motion designer currently based out of New York City. McLeod is celebrated for his hypnotic explorations of color, form and motion. McLeod has been commissioned by a number of prestigious brands including the BBC2 rebranding launch, Nike, Apple, Toyota, ATnT, Apple and Adobe. His artworks have been projected onto the The Centre Pompidou as a part of Air Max day in 2017. He’s also received multiple Type Directors Club and Art Directors Club awards.
Curiosity drives creation for McLeod who centers his artistic practice around digital experimentation through various materials, simulations and generative methods. McLeod is known for creating captivating 3D environments, typographic treatments and short format films characterized by vibrant palettes, transformative forms and organic, whimsical motion. McLeod’s style can be described as digital abstraction, and is heavily influenced by nature. 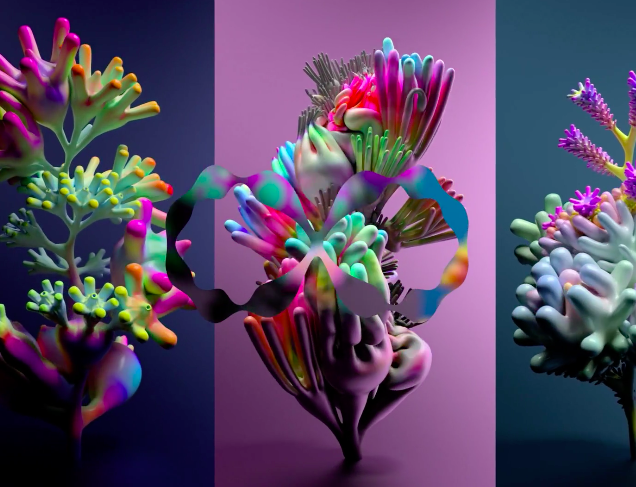 Growth Cycles is an ongoing exploration of imagined biological forms by David McLeod. Set in perpetual motion and shifting between moments of growth and decline, these artworks are totems to the cyclical nature of life. Available as limited edition NFTs through MakersPlace, each edition can exist as a digital, physical and virtual artwork within the metaverse.