Dinos and Yeti’s and Pumpkins, Oh My! by Mark Mckenna

Having worked extensively for both Marvel and DC comics, McKenna’s artwork can be found within the pages of some of the worlds most influential comic books, such as X-Men, Spider Man, Batman, The Justice League, Dead Pool and Star Wars. You can also find his work in Legendary Pictures’ Pacific Rim movie prequel and Dark Horse Comic’s Star Wars-The Old Republic: The Lost Suns. His artwork from an online web comic, Star Wars: Blood of the Empire, was transformed into an 84 page paperback and served as inspiration for The Old Republic video game.

One thousand comic books and twelve hundred pages later, McKenna is propelling his classic comic art style into the future by publishing his first ever artworks on the blockchain. For his debut, McKenna will reveal three of his own works, plus a special collaboration with fellow comic legend José Delbo. 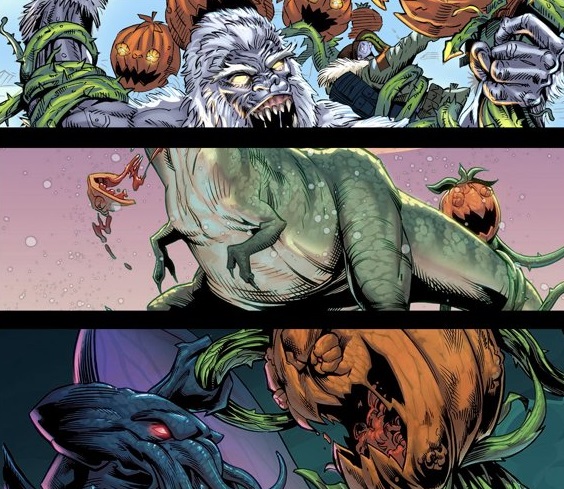 For the first time ever, McKenna introduces his own original series “Combat Jacks” to the world of NFTs- putting these evil alien creatures in battles with legendary earthly creatures that are instantly recognizable and in public domain. Prepare for an epic battle!