Filip Hodas is a 28-year-old 3D artist based in Prague, Czech Republic. In 2015, Filip started a daily render project that lasted for almost 400 days and helped him gain initial traction online. Since then, he accomplished to grow to one of the most-followed 3D artists in the world. Throughout his career Filip accumulated over 650,000 fans across his socials which opened the door to collaborations with numerous international brands such as Adidas, Coca Cola, Samsung or artists like Jean-Michel Jarre. Over the years, several of Filip’s renderings went viral and made front pages of numerous sites and social networks from Bored Panda, 9gag to Reddit. His work was also featured in several exhibitions across Europe and one of his images even made it to London's Tate Modern.

Filip is most kown for his artwork series 'Pop Culture Dystopia', that envisions decaying pop-culture icons such as Mickey Mouse, Pacman, or Hello Kitty in desolate and abandoned post-apocalyptic landscapes. In 2020, he followed with a similarly popular series called Cartoon Fossils portaying realistic skulls of the cartoon characters from his childhood. 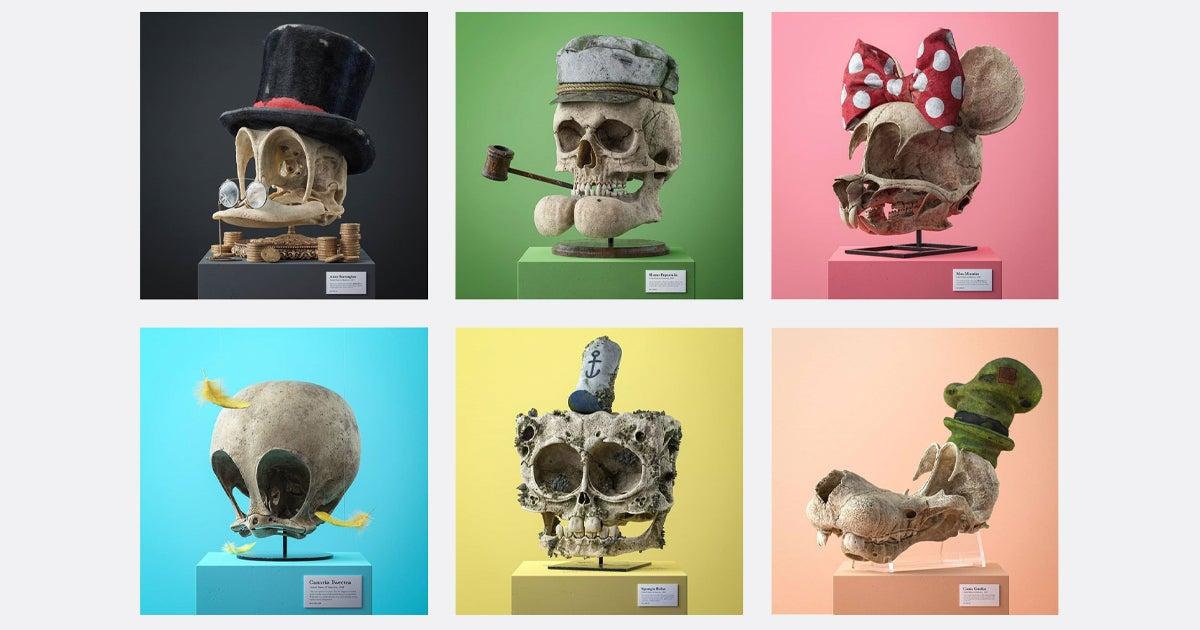 A freelance 3D artist Filip Hodas is dropping his “Cartoon Fossils pt. II” NFT series on Nifty Gateway. Filip is famous for his dystopian themes and cartoon fossils, and this makes him a unique artist. Within the upcoming collection, there will be several great artworks in Filip’s recognizable style. Various skulls dressed in hats, caps, bows in the form of museum exhibits look really extraordinary.