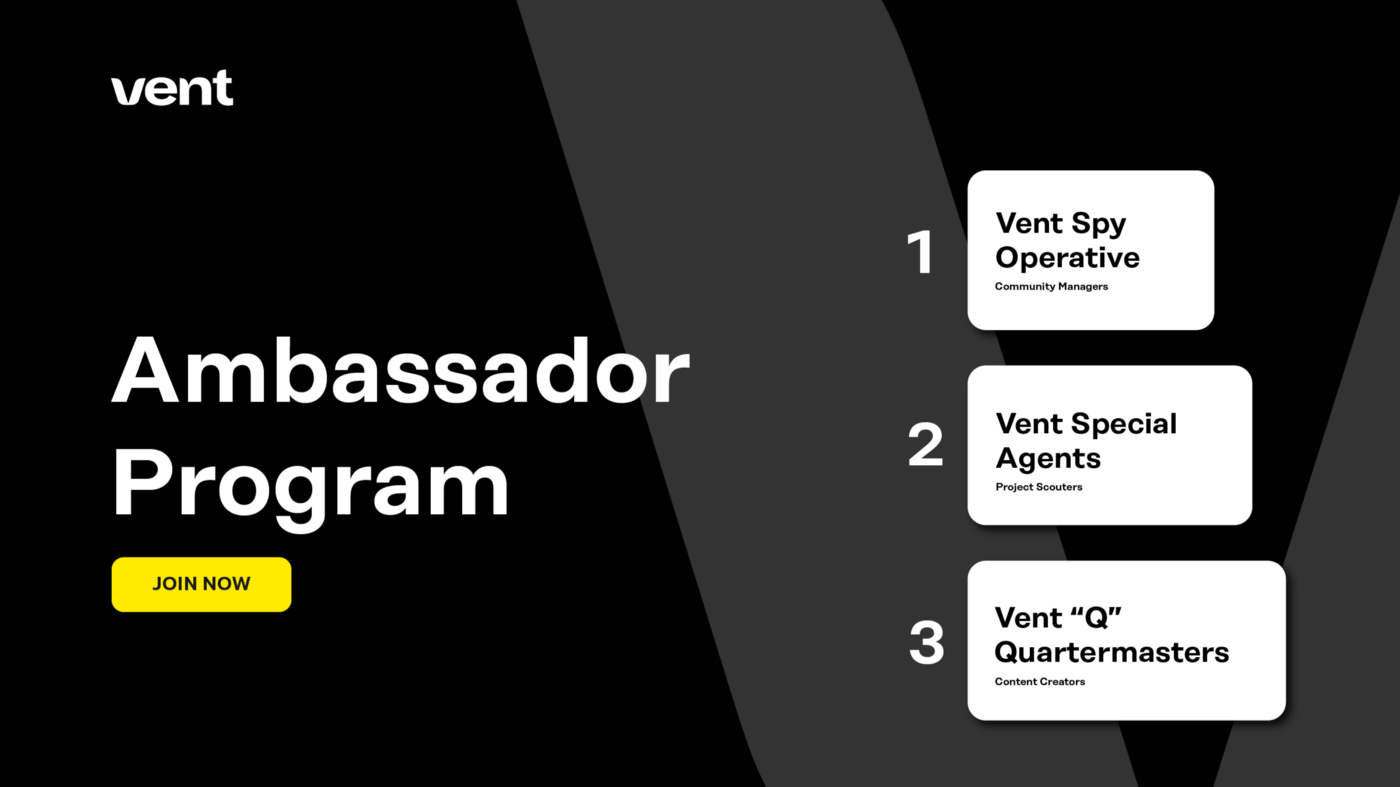 Several generations ago, a small enclave of digital warriors began devising a system to exist outside the reach of The Network, which controlled the population through interconnected mind-reading screens. This group of vigilantes began looking for cracks and holes in the system, almost like searching for ventilation in an increasingly choking atmosphere. The Ventorians, as they became known, were forced further and further from functioning society by their choices to disconnect from The Network and began floating in cyberspace, unchained and without direction.

That was until their appointed leader, Saad, the chief Ventorian, had a dream of creating an ecosystem of decentralized applications and approaches that his growing group of rebels could populate to flout The Network and gain freedom of their thoughts and lives.

Today, Saad leads his team of special agents from his headquarters that navigates the far-flung corners of cyberspace that The Network does not control.

The team is looking for new members to join his life-changing mission. Do you have what it takes to be a Special Agent, a Quartermaster, or a Spy Operative?

As a Vent Spy Operative, you play a fundamental role in the Vent Ecosystem. You will be charged with spreading the word and keeping the conversation flowing across all channels in cyberspace. It is your mission to identify your network of other Ventorians on Telegram, Twitter, Reddit, and wherever else you can spread your operations. You will share your passion and why you believe in VENT with other community members, support them with questions they may have that you have the answers to, and ultimately, keep the conversation lit!

The Vent Quartermasters are in charge of logistics. They understand the tools that the operatives have at their disposal and ultimately arm them with the best weapons for every situation. Sourcing their name from the military officer who supplies troops with material, Their Vent Quartermasters (Qs) are the secret to the creative strength. As a Q, you will have the role of creating content for the community. These can be articles published to your blog, videos to your YouTube channel, or as simple as tweets on your Twitter. The team is open to all creative ideas you can come up with to promote the VENT vision and help the team of Ventorians with their mission to subvert The Network.

As a Vent Special Agent, you are the eyes and ears all over the world, scouring for projects that have the potential to be launched on VentUp. You will have to break down and curate relevant data of these new projects you find to have the data in hand for the due diligence phase, and make the project listing a reality. Special-Agents are the key to success, at the forefront of the mission, and ultimately, they will bring home the Ventorians victorious.

All members of the Vent Elite Squad will have access to the following rewards and benefits:

VENT is empowering startups and investors with technology that supports sustainable growth. We work to make decentralized funding simple and accessible as we believe in financial inclusion and an economy where innovation can benefit society as a whole.

Combining simplicity, security, transparency, and inclusivity, we are determined to reset the world’s expectations of what a decentralized launchpad is and help evolve the reputation and maturity of the DeFi space and crypto ecosystem.

Vent Finance are currently recruiting for the Vent Elite Squad, an Ambassador Program for the most passionate members of the community and the crypto space. The team needs help to form a network of investigators, committed to spreading the word, creating content, and unearthing out the best upcoming platforms and projects.