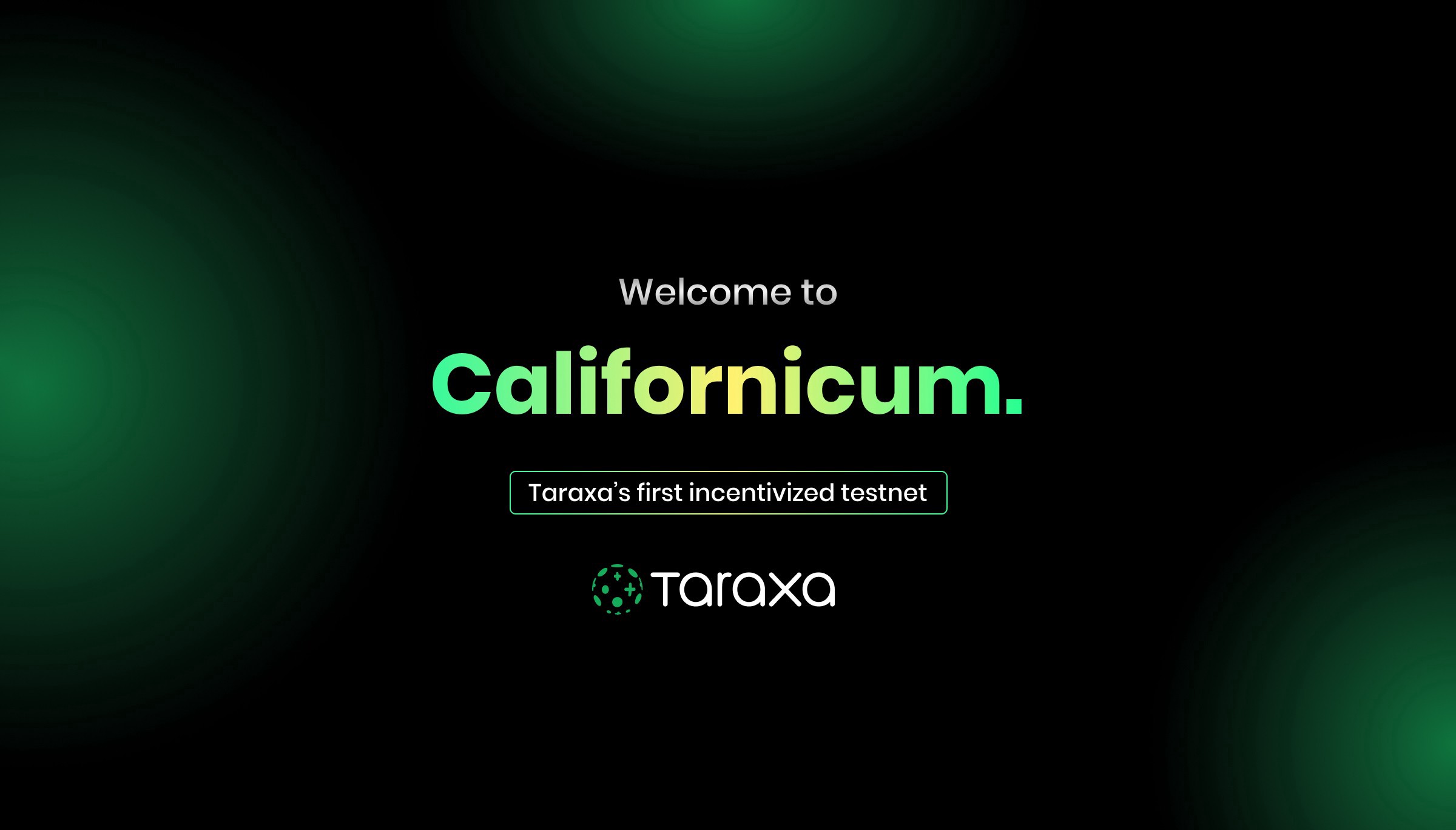 After months of intense development, testing, and help from a group of highly committed community members, the Taraxa testnet is ready for a larger audience.

Californicum helps pave the way for Taraxa’s mainnet launch by introducing a more heterogenous operating environment to help rigorously test the network for security and stability.

Community members can participate and be rewarded in many ways, such as running a node and competing in the Top Block Producer bounty, running nodes and Report Bugs (or even better, help fix it!), and later on participating in challenge (in the form of downloadable scripts) for everyone to run.

Step 1: Set up your node by following instructions in the Taraxa node setup documentation. There are scripts set up for Linux, Mac, and Windows, as well as a variety of VPS such as AWS, DigitalOcean, Azure, and Vultr.

Step 2: Register at Taraxa community site (if you haven’t already done so).

Step 3: pass KYC in the community’s site profile section to participate in node running bounties (e.g., Top Block Producer), and make sure you have entered an ETH wallet to receive rewards.

Step 4: Find your node’s public address by accessing the dashboard located at your node’s IP at port :3000. You can also find it via the CLI.

Step 5: Register your node at the community site’s node section.

Step 6: Pass the prove you own the node challenge by using your node’s private key to sign the node’s public address.

Step 7: Make sure you’re participating in consensus and producing blocks, you can check in the dashboard (your node’s IP at port :3000), and you could check to see if you show up on the explorer’s block producer list. This list is what will be used for the Top Block Producer bounty.

That’s it! The baseline incentives are given out automatically to a set of Top Block Producer each week, and if you find any problems please Report bugs into the node bug bounty.

Finally, come check out Discord server if you have any questions or want to meet other like-minded node runners!

Californicum has been released: set up a node today, report bugs and earn rewards as a Top Block Producer.