Rocket Pool Network launched beta testing giveaway. And you can share of 10,000 RPL for participating in it. All you’ll need to participate is a browser with the latest version of MetaMask or a Ledger and some Goerli ETH to stake. ETH will be freely available from a testnet faucet on the site when the beta begins, but you’re more than welcome to bring your own Goerli ETH to use. 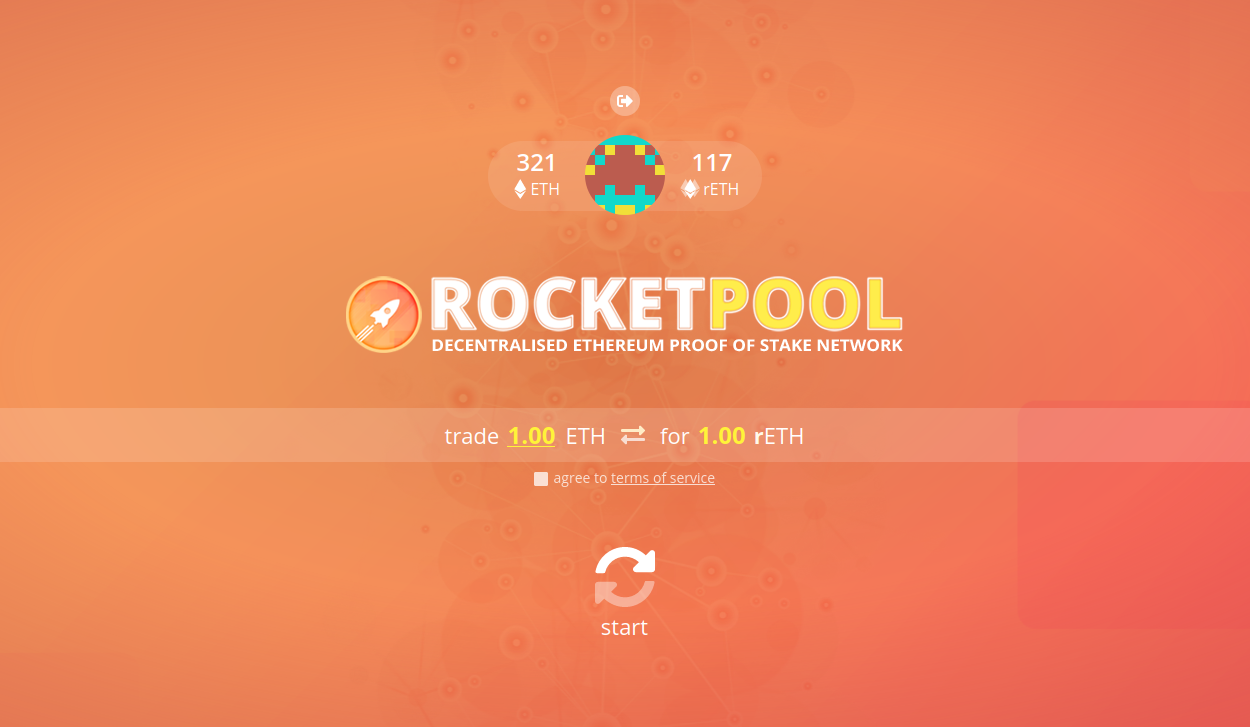 If you’re very new to Rocket Pool, before participating you might want to read FAQ 101 to get the low down on all the lingo, or you’ll be doing a lot of this in the following paragraphs.

Since betas can sometimes be a little overwhelming and are not the easiest thing to wrap your head around, the Rocket Pool team made a few guides to help walk you through the various facets of the beta. You can just be among the first to try out tokenised staking on the website beta.rocketpool.net and if you feel like taking on a much bigger part of the beta, you can also run a node in the Rocket Pool network, be it on your own staking rig or on an AWS instance, and try things out.

However you try out the beta, you’ll be entitled to a share of 10,000 RPL for participating in it. The team will be supplying the exact details of how this reward system will operate below. Oh, and you’ll also get some neat POAPs!

All participants will be able to collect a POAP at the end of the beta!

Since the team introduced the concept of tokenised staking with rETH, a token that gains staking rewards over time, you’ll now be able to try it out for the first time. You can deposit Goerli testnet ETH for rETH and also trade rETH back for ETH if there’s sufficient liquidity available.

You’ll need MetaMask or a Ledger to participate, so if you have either of those, jump into the guide below to grab some rETH.

If you’re staking on your own hardware, you’ll want to follow the guide below. You can actually start setting up and syncing the Eth 1.0 & Eth 2.0 chains now. You won’t be able to register your node with the Rocket Pool network until the beta begins, but you can play with everything else.

If you don’t have access to hardware or just want to try out the beta with AWS, follow this guide first:

If you participate in the beta, you’ll be entitled to a share of 10,000 RPL for your contribution. Since being an awesome node operator requires more effort than just staking, it will be dividing up the rewards into 3 separate buckets to make sure efforts are rewarded proportionally:

Users who try out tokenised staking via rETH on the website https://beta.rocketpool.net will receive a portion of this RPL, split equally among all unique participants.

If you manage to set up and register a node in the Rocket Pool network, you’ll be entitled to your share of this bucket. The team know it can be a bit of work getting nodes set up, and some might not be successful past this point, but hey, you put in a decent effort, so you should be rewarded.

If you set up a node and register it with Rocket Pool, you’ll get some of the above bucket. But, not only that, if you create validators which run successfully, you’ll be awarded RPL from this bucket for each of them, proportional to the rewards they earned! They’ll need to have earned a positive amount of rewards by the end of the beta to be eligible.

Doing well in this area could make you quite the successful beta participant!