The Staking Gala is an incentivized testnet designed to further refine the pSTAKE application. $20,000 in rewards available for participants! 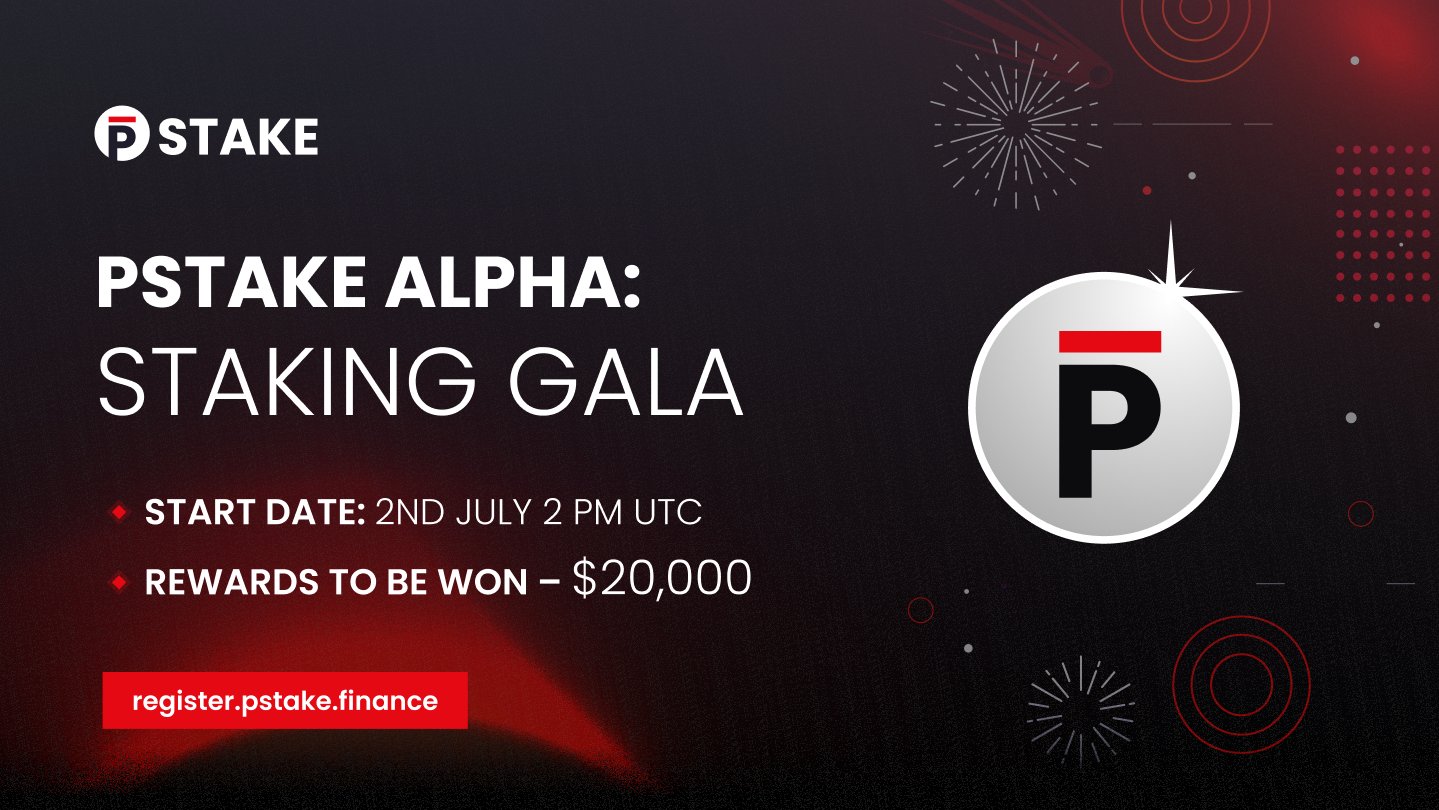 The pSTAKE Staking Gala is an incentivized testnet designed to further refine the pSTAKE application. This phase will be launched on 2nd July at 12:00 PM UTC and run for a period of 7 days until 9th July at 2:00 PM UTC. The Staking Gala replicates the pSTAKE mainnet launch closely and allows users to compete for rewards worth $20,000. The users will be ranked on the basis of their activity on the pSTAKE app and percentage rewards earned on their starting test token balance. They will have to optimize their fees and redelegation processes to maximize the rewards earned.

Users are advised to go through pSTAKE Introduction and our User Guide to better equip themselves to compete in the Staking Gala.

For details on Getting started with pSTAKE app, refer to the User Guide.

pSTAKE Staking Gala has a rewards pool of $20,000 that will be distributed to the eligible winners within 30 days of the competition’s conclusion. Details on how the participants will be scored during the Gala can be found in the Staking Gala Mechanism. The evaluation will be conducted at the end of the contest.

Along with the top performers of the Staking Gala, we also have certain surprise categories of winners, which will be announced at the end of the competition. To give you an idea of what these categories will be about, we have elected to announce the first special category right away: Hyperactive Turtle (The most number of Transactions)

Using pSTAKE incurs fees that are calculated based on the deposit/redeem amount. Fees listed in this section are independent of gas spent on Ethereum transactions.

When a user deposits native PoS assets to pSTAKE, the protocol mints an equivalent number of pATOMs. A 0.35% Minting Fee is charged for this transaction (no fee for the burning of stkATOMs for the native PoS assets).

A 5% Service Fee is charged by the protocol on the staking rewards earned by the users after the validator commission.

Disclaimer: The current fee structure is subject to change.