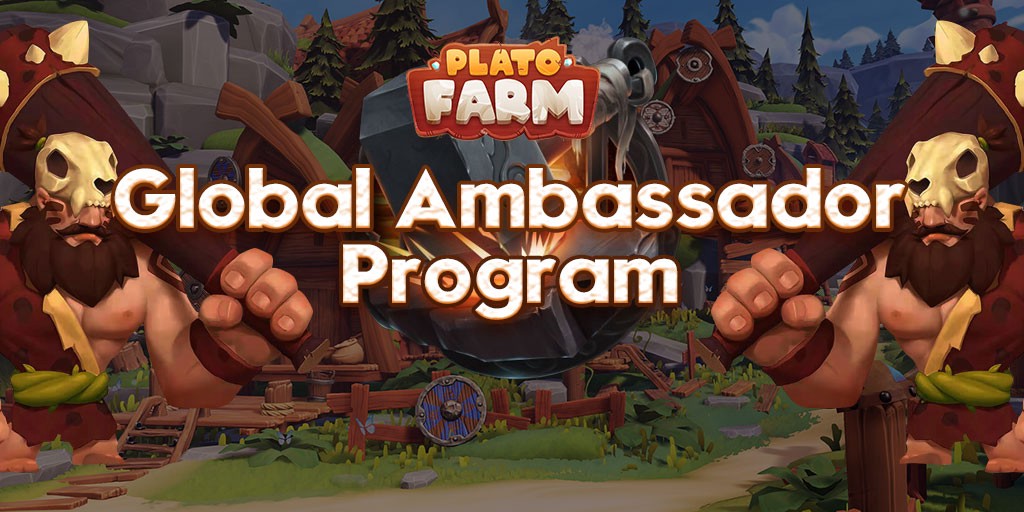 With the smooth Beta Test of Plato Farm game, the team would like to continue to explore the community for hidden talents by launching the Ambassador Program to gain further quality contributions from Plato Farm community members and blockchain enthusiasts.

Plato Farm is looking for ambassadors who can assist the team in promoting media content, expand and engage with the community. Also maintaining the brand image of Plato Farm.

The following are not mandatory requirements, just some preferences:

Plato Farm ambassador will devise ways to spread the views of NFT and GameFi around Plato Farm. This could be through blogs, YouTube videos, tweets, or even memes.

Take care of Plato Farm official social media (Telegram, Discord and etc.), assist in spreading the word about Plato Farm online or offline events and meet-ups, engaging with the community and gathering feedback.

Expected to be the ambassador introducing Plato Farm to more GameFi lovers and creators. Invite them to join the Plato Farm community and game.

Become a part of the Plato Farm by submitting your applications: https://forms.gle/YkC43GaaEG1cAxuu8

Over the next couple of weeks, the most passionate members from the community will be chosen as Plato Farm Global Ambassadors. Then more specific instructions on tasks and responsibilities will be provided through an on boarding process.

Plato Farm is an NFT game which supports HRC-721 and ERC-1155 protocols. Players are tasked with growing plants and raising livestock on a small farm to earn MARK and PLATO tokens which can then be used with various NFT items to transform their barren land into a bustling city. Players can also start their own guilds and earn money while playing.

Plato Farm is excited to announce the launch of the Plato Farm Global Ambassador Program with a monthly prize pool of $3,000 worth of tokens and an added bonus of NFTs.