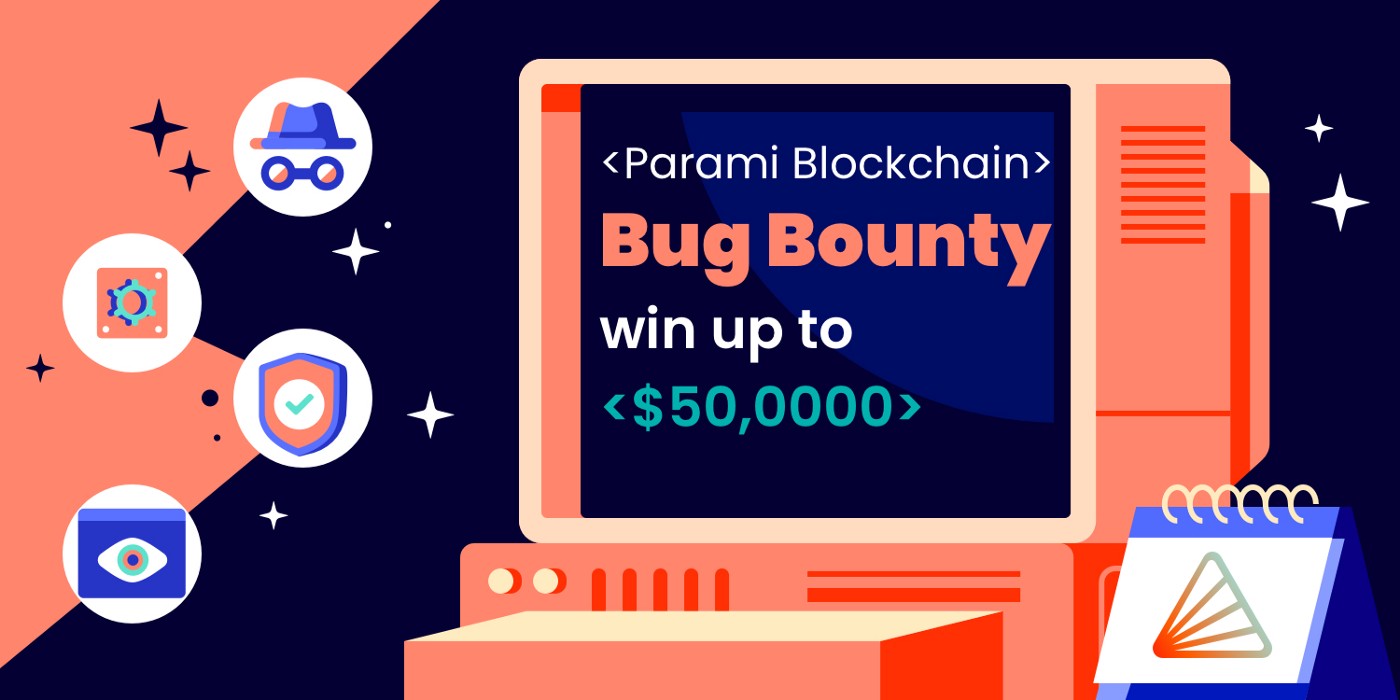 The parami-blockchain repositories in Parami Github

Other repositories in Parami Github, including:

There is one major criteria: Severity, and a few other qualities to consider:

Parami Protocol will have the total reward of $500,000 in AD3 tokens, which will be distributed within two weeks after the bounty program ends.

What is not included

What is a good bug report

Create a “New issue” in the above-mentioned repository and include the following information:

Bugs will be confirmed within three business days after submission. After confirmation and grading, the reward will be distributed to your wallet address within two weeks. Meanwhile, do not disclose your submission in public before Parami team did so.

Parami Protocol is to build AD3.0 for Web3.0. Parami vehicles the social DAO(decentralized Anonymous Organization) for advertisement distribution and traffic aggregation. Advertisers bid and pay for social NFT owned by both influencers and DAO members, which can monetize social impact and loyalty. Integrated to mainstream IM apps, Parami Protocol allows common netizens to readily cash in their attention instead of being exploited. Parami, the easy-to-use, contribution-rewarding, breach-proof gateway into the meta-universe of web 3.0.

Security is always the at the heart of a crypto project, especially when the project is a gateway to your Web 3.0, the PARA-Metaverse Identity, aka Parami Protocol. To secure and also build reputation in Parami Protocol tech community, Parami Protocol is now introducing the Parami Official Bug Bounty Program.