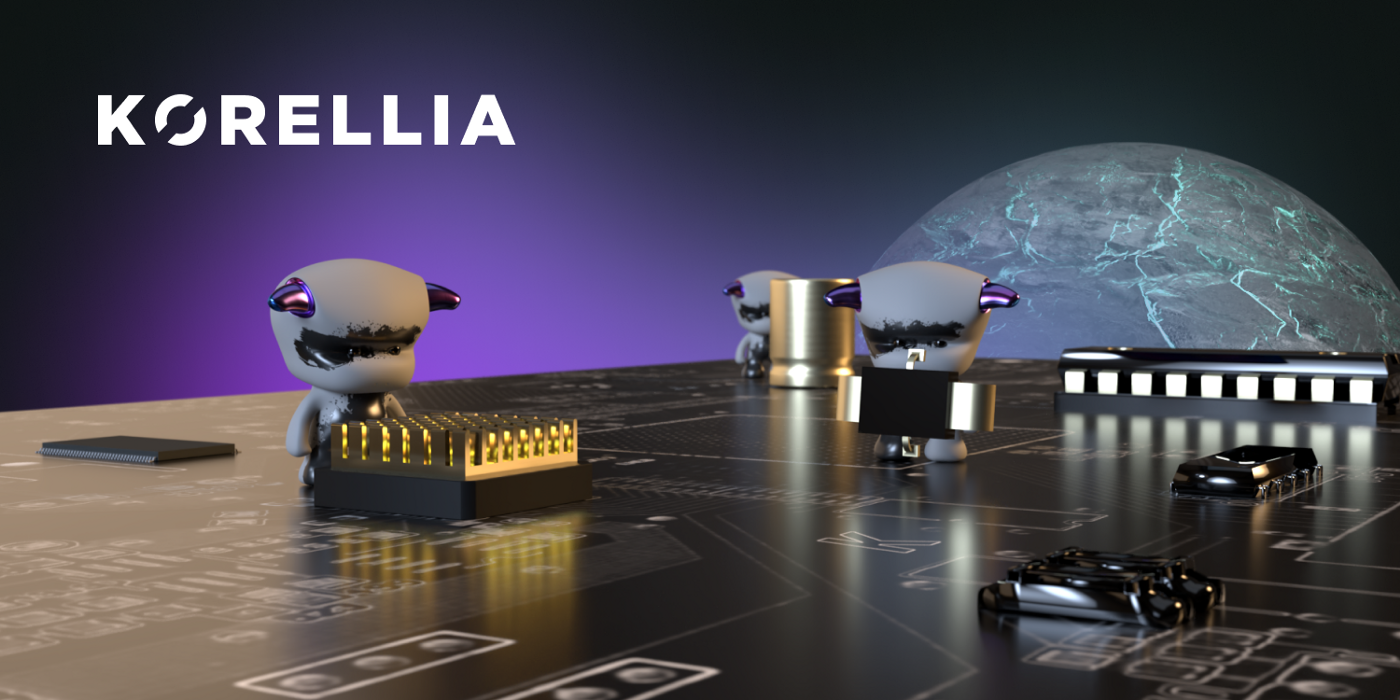 A long time ago in a galaxy far, far away, a team of determined, passionate individuals banded together to build a system that they hoped would revolutionize the way the world stores and queries its data.

They wanted to build a system that was open to all. One that was permissionless but could be trusted, one with a built-in process of verification to cut down the number of centralized intermediaries and malicious third parties. A system that was cost-efficient but streamlined at the same time.

And so, this team of individuals built the foundation for a layer 1 blockchain that would enable projects to standardize, validate and permanently store their data streams. They built KYVE.

It goes without saying that a foundation remains flat without construction. But the data revolution isn’t one that can be spurred by a mere few individuals. The KYVE Network needs the help and support of other impassioned individuals who want to build the future of decentralized data.

It’s been a long journey in the making, but Kyve is excited to finally launch KYVE’s Korellia incentivized testnet.

When a product launches its incentivized testnet, it is launching a period of testing and development, essentially allowing the people building the product to verify how said product will perform in a real-world context.

In the simplest of terms, KYVE’s incentivized testnet will enable the team to test and verify how different aspects of the KYVE Network are functioning and how they can be improved for the community members. The data gathered from this incentivized testnet will be used to improve the Network, ensuring Kyve is providing the community with the best possible decentralized data lake experience.

The benefits of an incentivized testnet

Over the next two months, the KYVE Network will go through several testing and iterating rounds to ensure it`s providing the community with the best possible user experience.

The idea is to find bugs, glitches, and other flaws in the network so they can be fixed before KYVE launches on mainnet. An incentivized testnet enables projects in the network to establish relationships with validators as well as cultivate a higher level of trust and communication between teams building in the KYVE ecosystem.

Korellians taking part in the incentivized testnet will be able to navigate KYVE and participate in many tasks, not only by creating memes and educational content but also by using Kyve pools. Some pools that were already live in the previous version of the KYVE testnet will be reimplemented to enable the maximum number of users to run a node, delegate, and fund them. Users can be a part of pools in the Mission Korellia incentivized Testnet right now: Moonbeam, Avalanche, Stacks, Solana, Zilliqa, even in the newest Bitcoin pool.

Do you want to be an early, involved contributor to KYVE’s launch on mainnet, and earn rewards for providing input? If so, you’re in the right place.

The KYVE team has come up with several ways for community members to participate in this process.

Typically, testnets tend to be very technical, limiting who can participate and benefit. But the team wanted to ensure anybody in the KYVE community could contribute to the incentivized testnet, regardless of their crypto experience and technical ability.

By carrying out the following tasks, users just have to claim tokens but will also receive points on the leaderboard. Kyve is giving the extra points for community activities and will also manually give users points through occasional giveaways and contests (so be sure to keep an eye on Twitter, Telegram, and Discord channels!) - the team will be rolling out daily bonuses.

So how can users participate in KYVE’s incentivized testnet? There are several ways to get involved. Let’s dive in.

The Korellia Motherboard, which will showcase users’ progress throughout the incentivized testnet process. The leaderboard will display information on token distribution, and users with the highest scores will have the chance to win rewards.

Use the Motherboard to track your team’s progress throughout the mission! Like most incentivized testnets, the more points users collect from completing tasks, the more rewards they earn. However, was added a unique team-building aspect, where all three teams need to reach the highest-ranking to unlock the max amount of KYVE rewards distributed per user (according to their ranking on the leaderboard). It’s time to motivate each other and invite your friends to make sure all teams succeed in the mission!

Join the community and earn points as you go

Test your luck and spin the Korellia wheel! Create funny content for the chance to earn points for the incentivized testnet. Help further secure the KYVE Network. Carry out tasks and engage with the community and win rewards along the way, whether it is in design, community, or engineering!

If you’ve got an eye for detail and are good at spotting vulnerabilities in a network, be sure to report them to the KYVE team.

To report a bug you can use the KYVE Discord channel and tag one of the team members. Click on the button “report a bug” on Kyve page pool on the Dapp or by directly following this link.

Note: To participate in KYVE’s incentivized testnet, users need to go to the KYVE Dapp, where they can connect their wallet and start completing tasks.

KYVE has created special badges, rewarding users who have been participating in improving KYVE since before Mission Korellia began. These badges are like certificates, giving value to a user’s contribution. For example, if a user was given a badge for having run a node for a long time, their node will be more trustworthy and therefore more likely chosen over a newer node that does not have a badge.

There are two reward pools in the incentivized testnet:

Here’s a breakdown of the token distribution, which will come from the ecosystem:

KYVE, the web3 data lake solution, is a protocol that enables data providers to standardize, validate, and permanently store blockchain data streams. By leveraging permanent data storage solutions like Arweave, KYVE’s Cosmos SDK chain creates permanent backups and ensures the scalability, immutability, and availability of these resources over time. KYVE’s network is powered by decentralized archivers and validators funded by $KYVE tokens, and aims to operate as a DAO (Decentralized Autonomous Organization) in the near future. This past year KYVE has gained major support, currently backed by top VCs, including Hypersphere Ventures, Coinbase Ventures, Mechanism Capital, CMS Holdings, and blockchains such as Arweave, Avalanche, Solana, Interchain, and NEAR.

KYVE has announced the Incentivized Testnet: Mission Korellia. Join to become an early, involved contributor to KYVE’s launch on mainnet, and earn rewards for providing input.