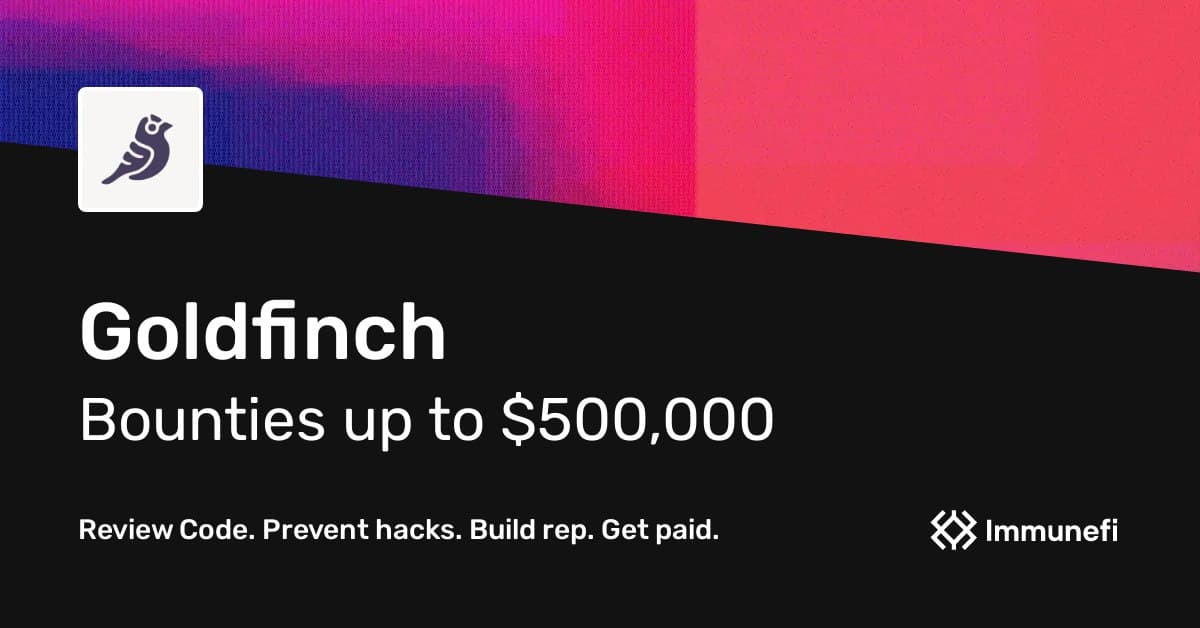 This bug bounty program is focused on preventing the following impacts:

Rewards are distributed according to the impact of the vulnerability based on the Immunefi Vulnerability Severity Classification System. This is a simplified 5-level scale, with separate scales for websites/apps and smart contracts/blockchains, encompassing everything from consequence of exploitation to privilege required to likelihood of a successful exploit.

All web/app bug reports must come with a PoC in order to be considered for a reward.

“Clickjacking state-changing” is considered as Medium if it can result in any user losing funds or being tricked into unintended behavior involving money through Goldfinch’s front-ends. It is considered “High” if it could result in greater than USD 10 000 worth of such damages.

Theft of Yield is considered Critical if the theft is greater than the equivalent of USD 200 000.

Critical bug reports are further capped at 10% of economic damage, primarily taking into account the funds at risk but also potentially accounting for PR and branding considerations, at the discretion of the Goldfinch team. However, the minimum reward for Critical vulnerabilities is USD 20 000.

In order to be eligible for a reward, the following terms and conditions must be met:

Vulnerabilities in contracts built on top of Goldfinch by third-party developers (such as smart contract wallets) are not in-scope, nor are vulnerabilities that require ownership of an admin key.

Payouts are handled by the Goldfinch team directly and are denominated in USD. However, payouts are done in USDC. 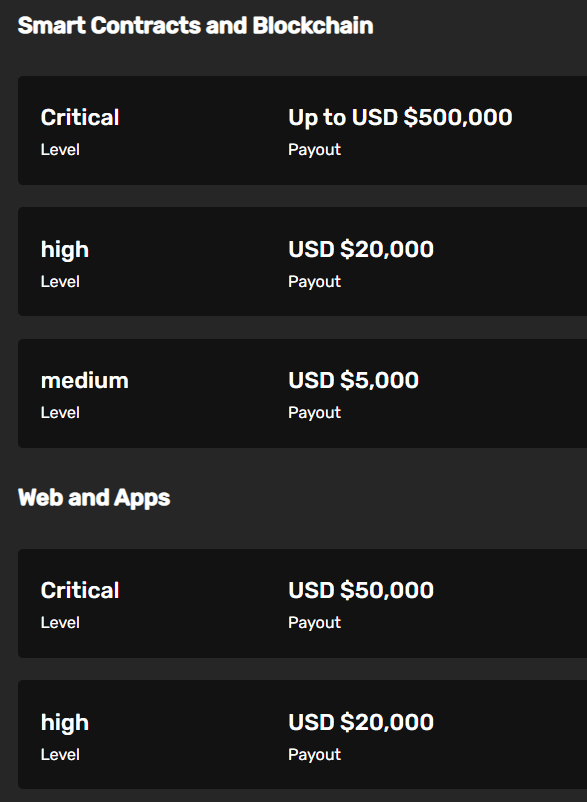 All smart contracts of Goldfinch can be found at https://github.com/goldfinch-eng/goldfinch-contracts. However, only those in the Assets in Scope table are considered as in-scope of the bug bounty program.

Only the following impacts are accepted within this bug bounty program. All other impacts are not considered as in-scope, even if they affect something in the assets in scope table.

The Goldfinch team is especially interested in receiving and rewarding vulnerabilities of the following types:

Out of Scope & Rules

The following vulnerabilities are excluded from the rewards for this bug bounty program:

The following activities are prohibited by this bug bounty program:

Goldfinch is a decentralized protocol that allows for crypto borrowing without crypto collateral. The Goldfinch protocol has four core participants: Borrowers, Backers, Liquidity Providers, and Auditors.

Borrowers are participants who seek financing, and they propose Borrower Pools for the Backers to assess. Borrower Pools contain the terms a Borrower seeks, like the interest rate and repayment schedule.

Liquidity Providers supply capital to the Senior Pool in order to earn passive yield. The Senior Pool uses the Leverage Model to automatically allocate capital to the Borrower Pools, based on how many Backers are participating in them. When the Senior Pool allocates capital, a portion of its interest is reallocated to the Backers. This increases the Backers’ effective yield, which incentives them to both provide the higher-risk first-loss capital and do the work of assessing Borrower Pools.

Lastly, Auditors vote to approve Borrowers, which is required before they can borrow. Auditors are randomly selected by the protocol, and they provide a human-level check to guard against fraudulent activity.

Goldfinch is a decentralized protocol that allows for crypto borrowing without crypto collateral. This bug bounty program is focused on Goldfinch smart contracts and app.