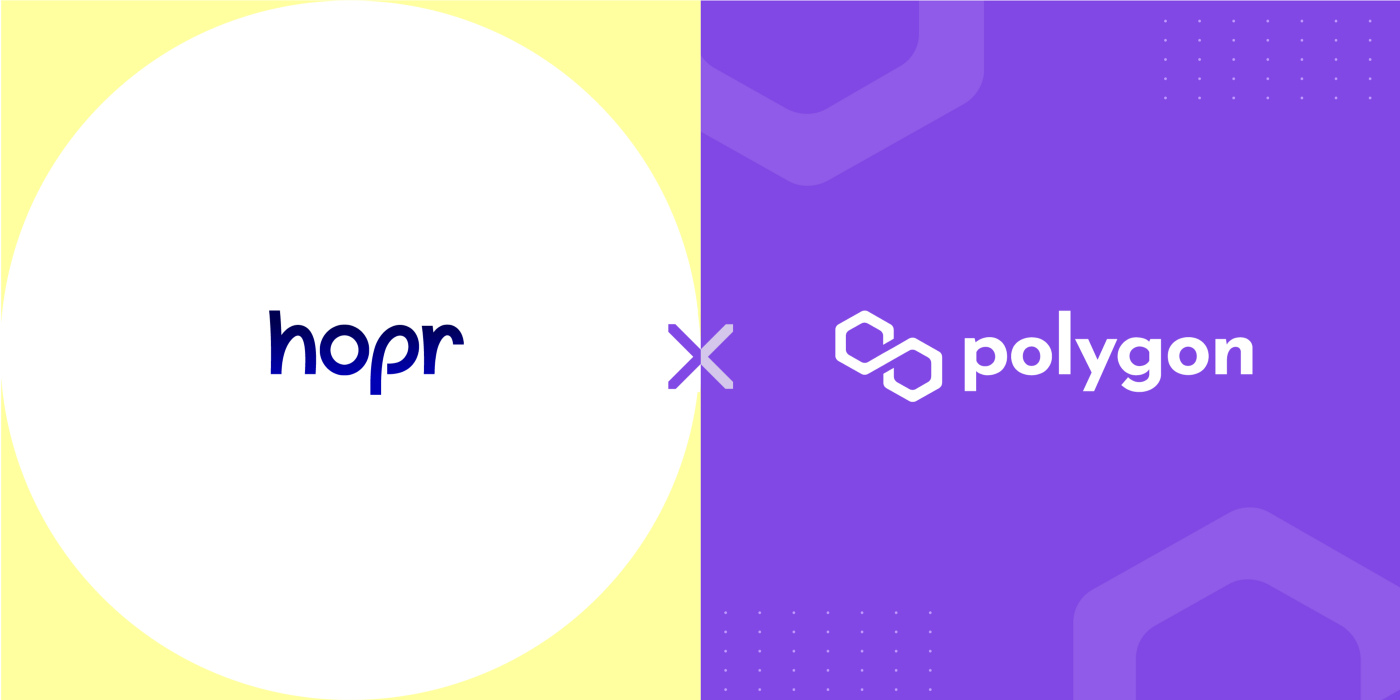 This incentivized testnet, named Wildhorn, is open to everyone and will help the HOPR core dev team to gather data about the stability of the latest version of the HOPR protocol. Participants can earn four ranks of the Polygon Tester NFT, which will boost the APR of tokens staked in the HOPR staking program by between 1% and 5%, depending on rank.

Polygon has gone from strength to strength since HOPR ran its Säntis testnet, which means it’s a great choice for this latest round of testing. Previous testing provided rather artificial data: all nodes were funded with the same amounts, and HOPR transactions rarely had to compete with other services for block space. As a popular chain with low fees, Polygon is the perfect environment to test the stability and speed of the HOPR network in a production setting.

Polygon is also a great candidate for future HOPR development. Polygon’s rapid growth isn’t just about raw user and transaction numbers. They’ve been building out a comprehensive ecosystem of services and features, particularly the recent integration of Polygon Hermez. Polygon is pioneering the next level of Ethereum scalability, and we’re excited to do our part with HOPR by adding metadata privacy to the mix.

The Polygon team feels similarly, recognising the importance of privacy to the Web3 future.

How to Participate in Wildhorn

Anyone can participate in the Wildhorn testnet, which uses valueless mHOPR tokens. Visit the dashboard at network.hoprnet.org to link a wallet and get started. If you’re in HOPR’s staking program, your address will automatically be whitelisted and you can use the dashboard to claim HOPR testnet tokens (mHOPR) and MATIC to fund up to 10 nodes. If you’re new to HOPR, you’ll be able to get mHOPR testnet tokens via a faucet.

Once your nodes are running, you can use the new signing function to link your node(s) to a reward address. Earn points by completing tasks with nodes, including sending and relaying data, opening and closing payment channels, and redeeming the cryptographic tickets which power HOPR’s proof-of-relay mechanism.

Everyone who meets the minimal activity threshold can claim a Bronze testnet NFT which can be traded or redeemed for a 1% APR boost in HOPR’s staking program. Complete more tasks to earn higher-ranked NFTs which confer up to a 5% APR boost.

The dashboard at network.hoprnet.org will show the current network status and the aggregated score for all of your nodes, as well as links to more in-depth blogs about the testnet.