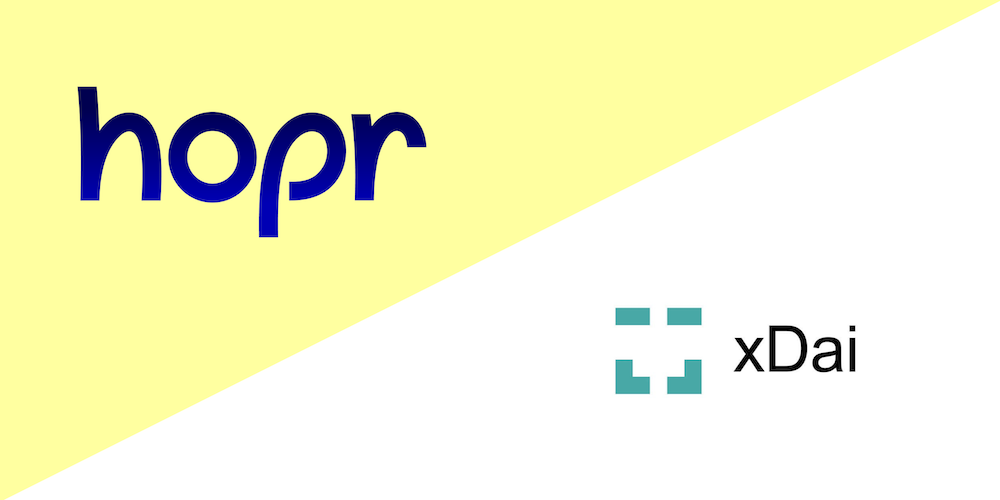 This is the very first chance to earn HOPR tokens! Anyone who participates in this testnest will be eligible for a share of first bounty fund, worth 1.66 million HOPR, to be released after mainnet launch later in the year.

The latest iteration of testnet is codenamed Säntis, after a mountain in HOPR’s home country of Switzerland. Säntis rises 2,503m above sea level and provides glorious panoramic views over six countries. (Although not as impressive as the HOPR network, which has HOPR Hardware Nodes running in 32 different countries worldwide, on 5 continents.)

Unlike previous versions of testnet, which just tested basic features like node stability and successful data transmission without hops, Säntis will implement many of the core HOPR privacy and incentivization features, including multi-hop data transmission and the token payment mechanism for relayers who help data hop privately to its destination.

Hopr going to be using a new token to power this testnet: xHOPR.

Although the testnet replicates many mechanisms from eventual mainnet, it’s important to stress that xHOPR is not final HOPR token. It’s completely separate, and can’t be bought or sold or transferred for HOPR. It’s just for this testnet, and has no value.

The testnet token is called xHOPR because Säntis is secured by the xDAI Chain.

Anyone paying even a small amount of attention to Ethereum and the recent DeFi boom will have noticed that gas prices on the Ethereum chain have gotten crazy lately. This is fine for securing valuable transactions, but it’s a huge problem for testing.

So the incentivized testnet will be running on the xDAI Chain, a sidechain of Ethereum which relies on proof-of-stake and only settles to the main Ethereum chain sporadically. xDAI Chain is superfast and transaction fees are a million times cheaper than the Ethereum main chain. Literally!

You’ll need to load xDAI to your HOPR node’s Ethereum address participate in the testnet. At the moment the team don’t have a withdraw option available, but they're working on that. While no withdrawal option is available, the xDAI minimum to participate is set to just 0.02 xDAI (around two cents)

The goal of this testnet is to test some of the key features that will make the HOPR network private, secure, and efficient. Horp need to make sure that user data and metadata are secure when transmitted across the network, and that relayers are properly incentivized for helping data hop to its destination.

The HOPR mainnet will be an incentivized decentralized mixnet. For a decentralized mixnet to be truly private and secure, Horp need what’s known as cover traffic. This is arbitrary data which is transmitted through the network to provide cover for the real data which users are sending between each other. This is particularly important at less busy times, when users are more exposed. With data privacy, there’s always safety in a crowd. Cover traffic ensures that there’s always a crowd to get lost in.

With this layer of extra data constantly moving through the network, outside observers are unable to extract any metadata about who is using the network and how much data is being sent through it.

Team will be providing cover traffic to this testnet and rewarding you for helping to relay it. Along the way, team will be stress testing the limits of network and trying to find inventive ways to break it. Finding these issues and fixing them in a safe environment will help to ensure the network is secure when it launches for real later in the year.

Getting Started with Säntis

To participate in the testnet and start earning xHOPR, simply head to https://saentis.hoprnet.org and follow the instructions. You can also head to docs for more detailed instructions.

You’ll need to link your HOPR testnet address to bot by sending a tweet with your address, the #HOPRNetwork hashtag, and then send this tweet to the bot.

The testnet runs on the xDAI Chain, and you’ll need a small amount of xDAI to participate (0.02 xDAI — approximately two cents!). The xDAI will need to be in the Ethereum address associated with your HOPR address, which can be found in the HOPR Chat client.

If you need assistance, please join Discord for support. The Team still have a few HOPR Hardware Nodes available for purchase. More information can be found here. The HOPR Hardware Node is an ideal way to participate, but it’s definitely not required.

The launch of the Säntis incentivized testnet is just the first in a huge range of features the team have got lined up for the next month.

After a successful pilot, the team will be launching Season 1 of HOPR Games in a few weeks. There will be automated bounties running around the clock where you can help test technology, learn about how HOPR works, and of course earn xHOPR and even some xDAI for staking.

Following The Release Of The HOPR Hardware Node, HOPR Is Now Offering The Public Their First Opportunity To Earn The Unreleased HOPR Token While Running a Node on The Network.