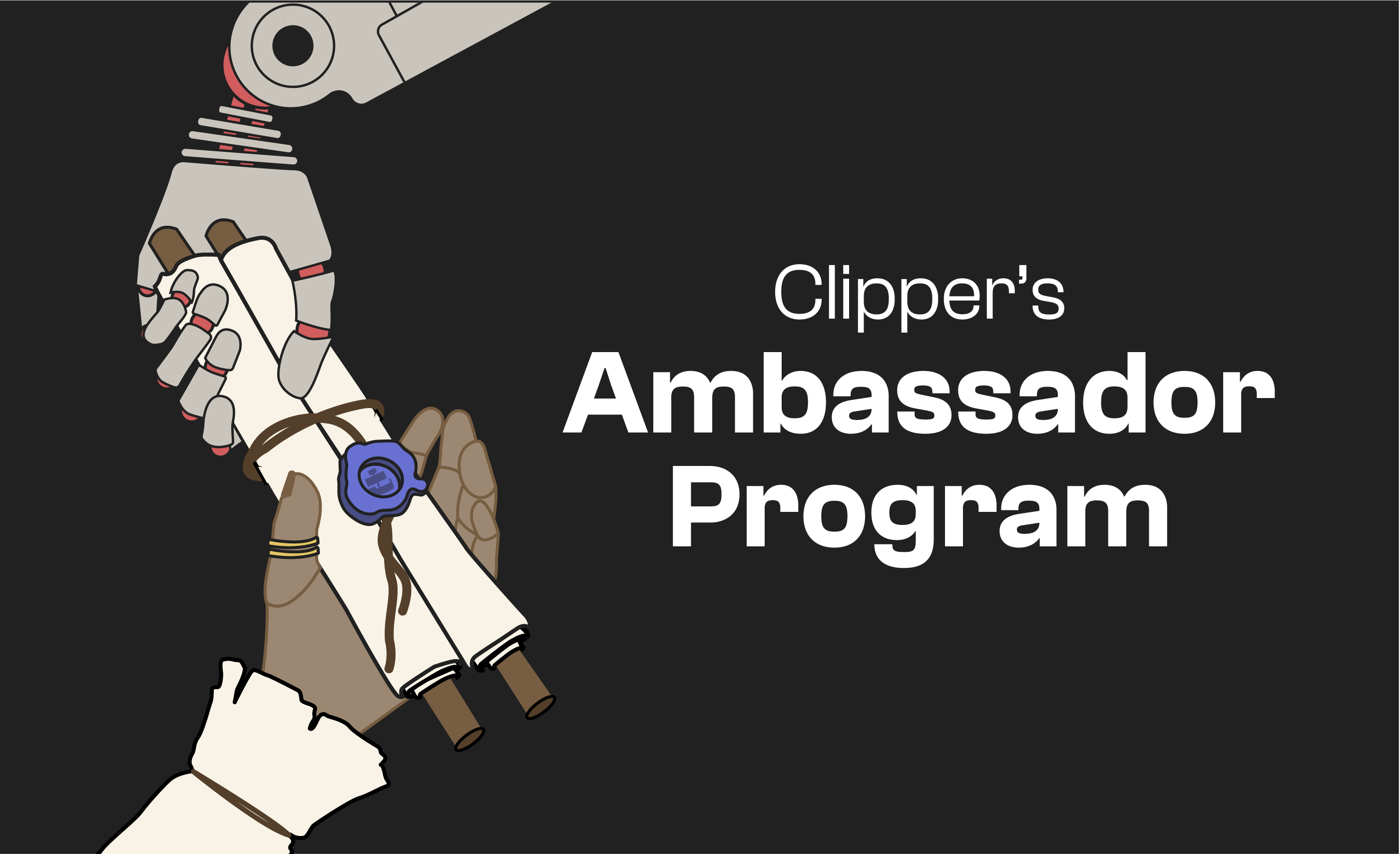 Once upon a time in a galactic ocean far, far away adventurers dared to explore worlds at the frontiers of civilization in search of true freedom. These adventurers created a new community based on a new decentralized economy.

All trade was conducted peer-to-peer, and all adventurers called themselves Pirates. Each pirate lived and abided by the Pirate Code.

The best pirates sailed on Clippers, small ships allowing them to be nimble and swift while darting between bloated trade ships in search for treasures. Clippers minted more legendary pirates than any other ships.

Clippers were guided by a seasoned AI named F1RST M8. F1RST M8 operated Clippers with such skill that pirates retired quickly. Over the years it saw many crew members come and go, leaving wealthier than they arrived. F1RST M8’s wisdom and experience made Clippers the finest ships for trading small fortunes in the galactic oceans.

The search for new Captains

F1RST M8 is just a robot. While wise with tales of seafaring and trading, it needs Captains to rally the crew on each ship. F1RST M8 works the deck to this day, and is searching for new Captains to lead the fleet in search of treasure.

What makes for a good Clipper Captain?

What treasures await you?

For the gunners who don’t have the time to lead a crew, there will be other opportunities to claim your bounty..

Clipper relaunched the Ambassador program - join now to become a part of the community.