Chainmonsters, developed by B-Side Games, is a new and exhilarating cross-platform multiplayer online game where you catch, battle, trade and compete with digital monsters in a massive multiplayer open world experience

The game has been in development for over 3 years now and mixes a great traditional game experience with exciting features made possible through the integration with Flow blockchain. Outfits, items, monsters and many other in-game special objects are all NFTs owned and controlled by the users.

Join Kickstarter campaign on Oct 20th 10am PST / 7pm CET for a chance to reserve super rare NFTs and exclusive items, including opportunities to catch the first ever minted edition of each Chainmon (monster) in the game (e.g. serial number #1).

‍Note: the campaign page will be live starting on launch date, join our Discord at bottom of this blog to stay updated.

Flow is a new blockchain built for the next generation of apps, games, and the digital assets that power them. The core design tenets guiding Flow are consumer-centric and developer-friendly principles that made this highly scalable blockchain network the go-to ecosystem for big global brands like NBA, UFC, Ubisoft, Dr. Seuss and Warner Music Group.

Team have been working with the Flow ecosystem as part of the Flow Alpha program very closely for almost a year now. The consumer-centric design offered by Flow allows to build seamless onboarding experiences that will enable Chainmonsters to penetrate the mass market more easily, compared to other crypto games released to date.

When a user launches game, they can start playing immediately, without needing any knowledge about blockchain. They have an anonymous Flow account created in the background and once they decide to continue playing and take full responsibility for their earned digital assets, they can claim full control of their account seamlessly. That is easily accomplished, without overengineering, thanks to the multisig support Flow offers by default. It has always been important to finding the right balance between ease of access, highly engaging gameplay and decentralized digital assets ownership.

Team has spent over 3 years building and designing every detail of this game. To date, team have already shipped around 70% of full roadmap game mechanics, created long-term partnerships and designed vision of how a true player-driven economy should look like on a massive scale. Team are not the typical Kickstarter project that is just launching right now, instead team are ready to release the Alpha version without delay. Chainmonsters will be one of the first blockchain enabled cross-platform massive multiplayer game to reach mainstream adoption.

Exclusively for Kickstarter backers, team have created an impressive multiplayer demo showcasing technology and game mechanics ahead of Alpha release.

Players are embarking on an epic journey while being connected to blockchain all the time. Every single Chainmon, item and digital asset lives and breathes on Flow.

In the game you can catch a total of 135 unique Chainmons but not every single one is created equal. Individual values like stats, traits and mutations define how strong your monsters are! Also, each Chainmon is distinguished by the serial numbers, determined by order of capture by players globally, and comes in 3 different visual variations:

The Crystal variation is only available during this Kickstarter campaign and differentiates itself through an exclusive unique visual effect. There will be only 600 Crystal Chainmons in total in the entire game, making them highly sought after rare collectible NFTs.

Outfits, cosmetics, and even items are tokenized - so picking up e.g. a shell on the beach grants you a full token that can be attached to your Chainmons or traded with other players.

During development, to thank early testers, team will grant every one of Alpha players a free complimentary Pre-Season Pass which allows you to get your hands on some additional items, cosmetics and special objects that have the exclusive Pre-Season branding. Usually a single in-game season lasts between 90 and 120 days and offers exclusive content unique to that season only.

This way, the natural scarcity created by the gameplay will drive organic traffic to the in-game marketplace where you will be able to trade with other players and obtain Chainmons, cosmetics and resources that might not be obtainable in the game anymore.

Team are launching Kickstarter/Presale on Tuesday Oct 20th 10am PST / 7pm CET, where you will be able to get your hands on some super rare NFTs. After the Presale team will mint all the Kickstarter NFTs for backers. These NFTs will be tradeable on VIV3 marketplace, allowing immediate liquidity and P2P trading.
‍ 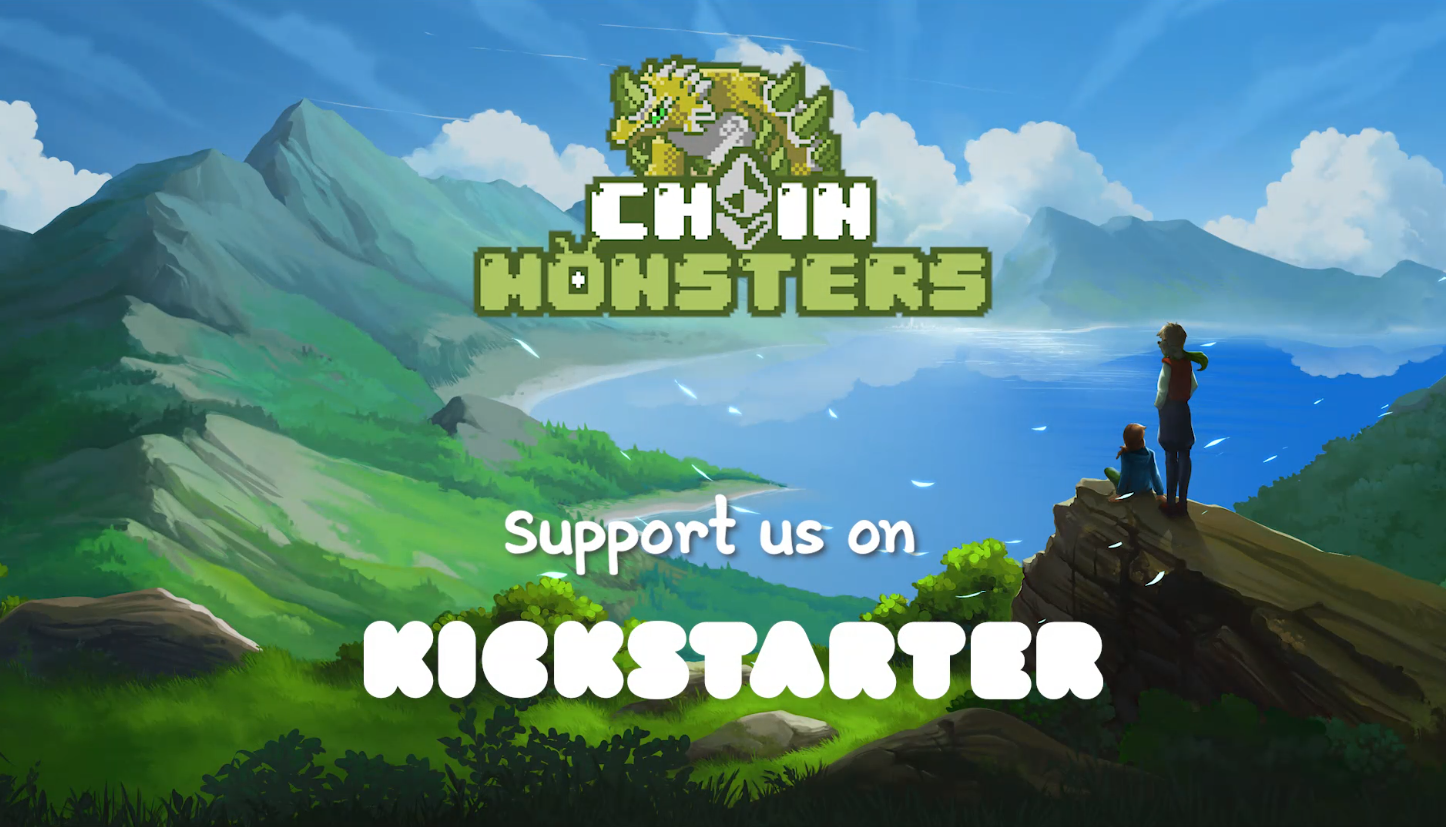 Kickstarter/Presale features exclusive NFTs as rewards for your support.

Below you will find featured tiers from Kickstarter campaign offering exclusive NFTs as part of the package - please see the full Kickstarter page for everything else included.

Crystal Chainmons are deeply connected to the game's story but do not have any game-breaking advantages. Instead they are super rare collectibles - only 600 will ever exist! - and have a unique visual effect that differentiates them from everyone else!

The NFT owner can customize both the appearance as well as the squad of an enemy NPC anytime. Those "Special Agents" are strategically placed in the world and aim to be a special challenge for the players. Holding ownership of this NFT grants you access to an exclusive outfit that you can show off to other players.

You can literally own one of the only 8 HQs in the entire game and become the ultimate challenge for every other player trying to progress the game's story. Each HQ has a leader and you can become one of them. This special NPC takes on the owner's appearance (your choice of avatar) and grants an temporary exclusive in-game outfit and title to whoever holds this NFT in their account (priceless!).

The previous owners of this HQ are listed on their walls to be remembered forever. Want to be the founder owner of an HQ? Don't miss out this once-in-a-lifetime chance.

Send ideas or sketches and work with team to bring it to life! You also receive the very first one of its kind including all variations in your Team!

The top 100 contributors will receive a special Founder Token exclusive to this Kickstarter that will be airdropped into your account afterwards. Only 250 of these exist and the remaining 150 ones will be given away through competitions, contests and tournaments.

Make sure to join Discord server to chat with other players and stay up to date with launch schedule.