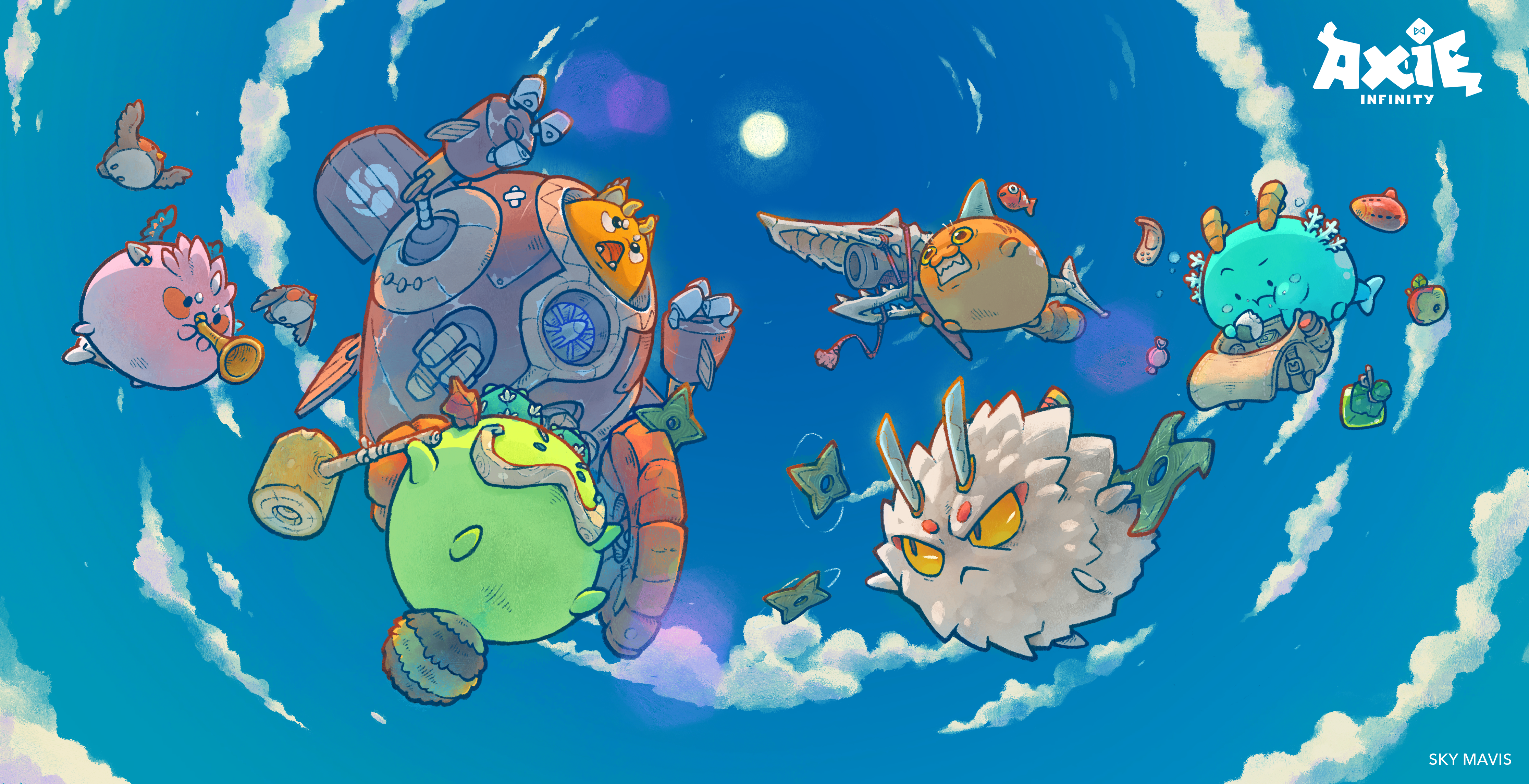 Axie Infinity is a game universe filled with fascinating creatures, Axies, that players can collect as pets. Players aim to battle, breed, collect, raise, and build kingdoms for their Axies. The universe has a player-owned economy where players can truly own, buy, sell, and trade resources they earn in the game through skilled-gameplay and contributions to the ecosystem.

In order to play the game, users currently need the following:

You now purchased your very first three axies and can create a team.

The game play is very interesting, as players get to choose if they would prefer to fight in the arena against other players to earn SLP. Or, if they’d rather play adventure mode in which players fight monsters to unlock new levels, train their axies (levelling) and earn SLP.

What is a Turn-Based Strategy?

Turn-based strategy is an element of a strategic game in which players take turns as if they were playing chess. Competitors can be beaten by using the decision-making and analytical ability to command in-game characters with a wide range of talents.

Axies are fantasy creatures that players can battle, collect, and raise.

Each Axie has different traits which determine their role in battle.

There are countless unique Axies that players can collect with varying body parts and appearances. Body parts will unlock abilities for Axies that vary across games, they will have completely different values, benefits, and skills from one game to another. Body parts also have their own unique card art for players to collect.

Each Axie has a unique set of stats that can be broken down into four categories: 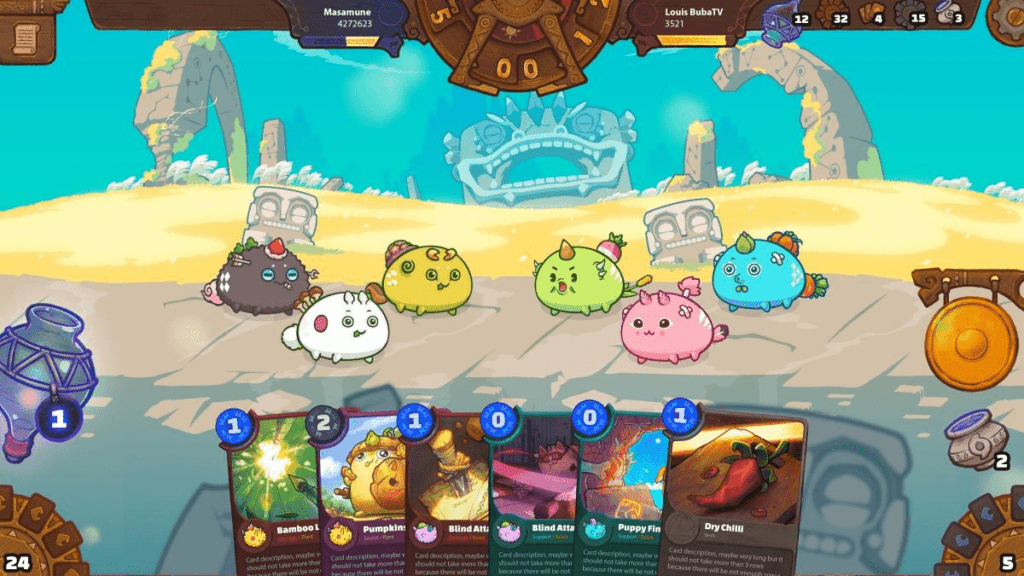 Like real-world pets, Axies can be bred to create new offspring. These offspring can be used in battle, breed new offspring, or can be sold on the marketplace.

In order to manage the Axie population, breeding has certain resource requirements.

Want a full overview of the breeding system? Check out a full guide here.

Each Axie can be bred a maximum of 7 times.

Small Love potions can be earned by playing the game in PvE Adventure mode as well as the PvP Arena. Once you earn them, you can sync them to your wallet from this page. Please note that it takes 2 weeks before you can claim your first SLP. After this first claim, you can claim once every 2 week.

How to Breed Axie

The Axie universe is called Lunacia – an open-world driven by its players and composed of several plots of land. This land is divided into non-fungible tokens (NFTs) that players can buy, lease, and develop.

Lunacia is a 301×301 grid. Each square represents a tokenized plot of land. The land game is currently under development, but players and investors are already loading up to buy genesis lots. CryptoPotato reported that a plot sold for $2.3 million worth of ETH, making it the highest sum ever paid for a genesis lot of real estate in a metaverse.

All art assets and Axie genetic data can be easily accessed by 3rd parties, allowing community developers to build their own tools and experiences in the Axie Infinity universe. While still in early access, Axie is ranked the #1 Ethereum game by daily, weekly, and monthly active users. Players have spent over 1M ETH (3B+ USD) so far to progress in the game.

While Axie is a fun game, it's also taken on characteristics of a social network and earning platform due to the strong community and opportunity to truly own resources earned within the games.

A key difference between Axie and a traditional game is that Blockchain economic design unlocks the ability to have complex player-owned economies and reward players who are able to reach advanced levels of skill. Players are able to have fun and work towards ambitious goals while simultaneously earning potential resources that will have real monetary value due to an open economic system and demand from other players - “Play-and-Earn”.

Currently, players can gain more resources to advance in the game by taking actions such as:

How does Play-to-Earn from Axie Infinity work?

SLP token is an in-game currency and is granted as a reward with real value. There are three ways to collect SLP Tokens; completing daily missions, exploring adventure mode, and combat in Arena mode.

As we all know, these cute Axies are NFT assets that players can trade to earn huge bucks of money in Axie Marketplace. Breeding Axies for sale is also a lucrative option, so is selling Axie you gained from the beginning, as long as you develop them to be more powerful and uncommon. 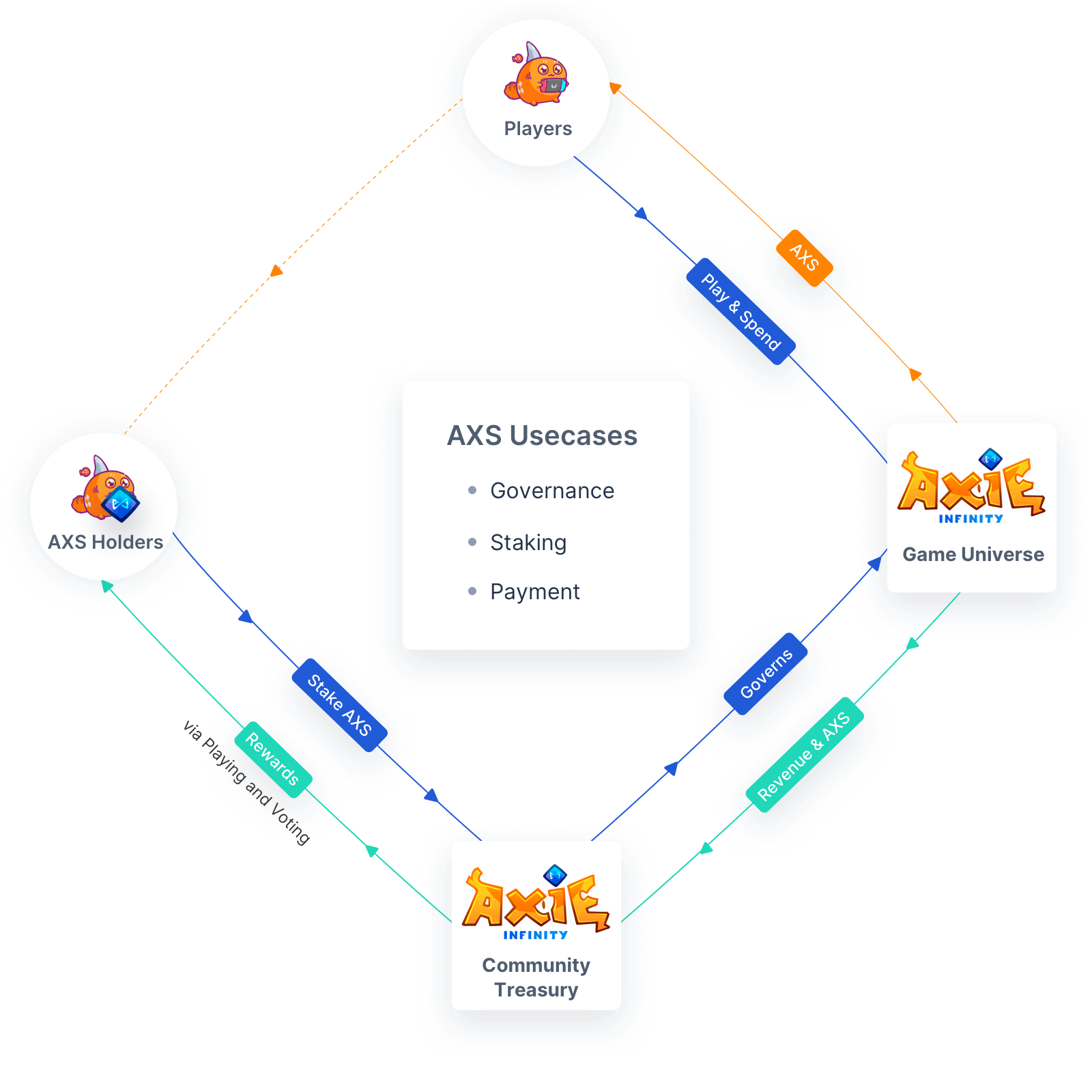 Token governance and use of funds

As of writing, The Axie team has used funds raised according to the allocations below:

All funds are held in a multi-sig cold wallet controlled by the core team. All movements of fund require at least 2 out of 3 signatures from top management team. 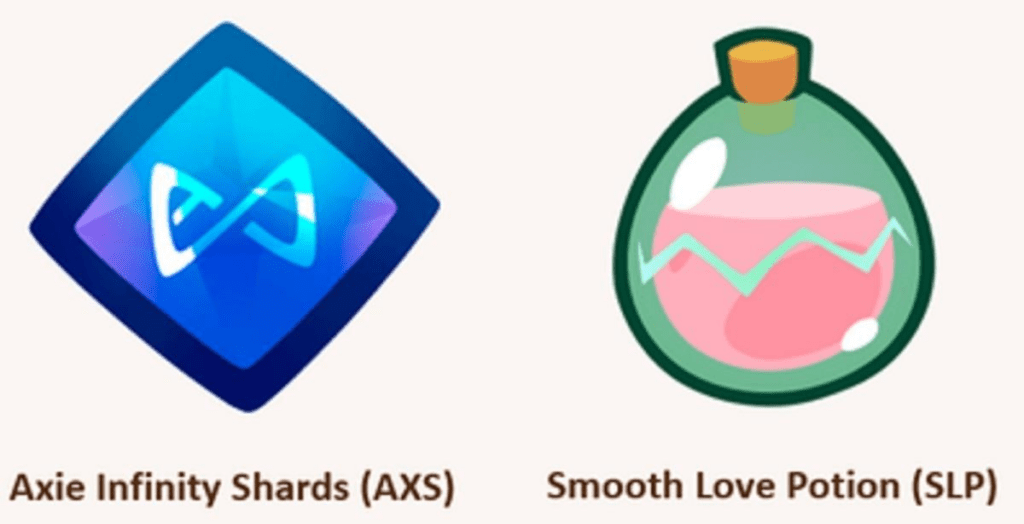 Axie Infinity Shard (AXS) is a currency that powers Axie Infinity’s system with a fixed cap of 270,000,000 units. AXS token owners maintain an exclusive right to vote on any changes related to the platform’s ecosystems and can also stake them for high returns as well.

Another type of in-game currency is Smooth Love Potion (SLP), which may be earned by completing daily tasks or winning battles. It is also an essential resource to breed Axie together with AXS tokens. Both AXS and SLP tokens are now available for trading at Zipmex today.

The AXS token has the following use cases:

Setting up your account to start playing Axie Infinity

Once you have 3 Axies you’re ready to download the application and start playing!

More Guides & Resources— Check this page for a list of advanced guides, video tutorials, and tools to help you on your Axie adventure!

Axie Infinity Discord — Want to start playing but not sure where to start? Join our Discord, our community will answer any questions you have!

Axie Infinity is a digital world in which players get to breed, trade and fight with their favourite axies.