ANT snapshot - A snapshot of ANT balances will be taken and used to determine votable ANT per address during the pilot. The snapshot will occur at block 10724590 or approximately Wednesday, August 26, 12pm UTC. Be sure to have your ANT in your preferred address by the snapshot. Because of the snapshot, you are free to do whatever you like with your ANT after the snapshot and still retain the voting power from the snapshot.

ANT voting - Proposals can be submitted at any time during the six-weeks the pilot is running. An ANT holder can vote for multiple proposals or just a single proposal. Proposals will be listed in the Proposal View, see below. 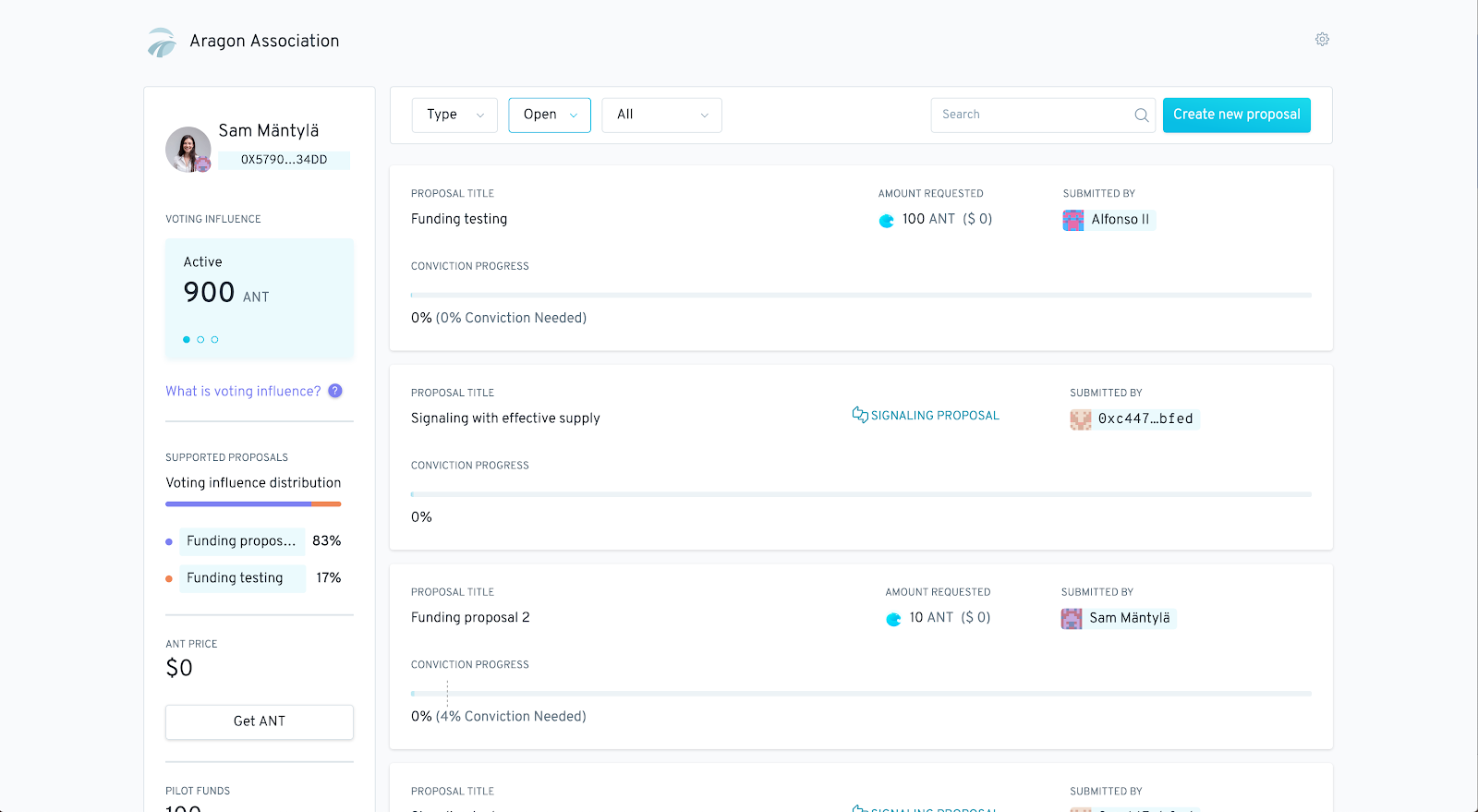 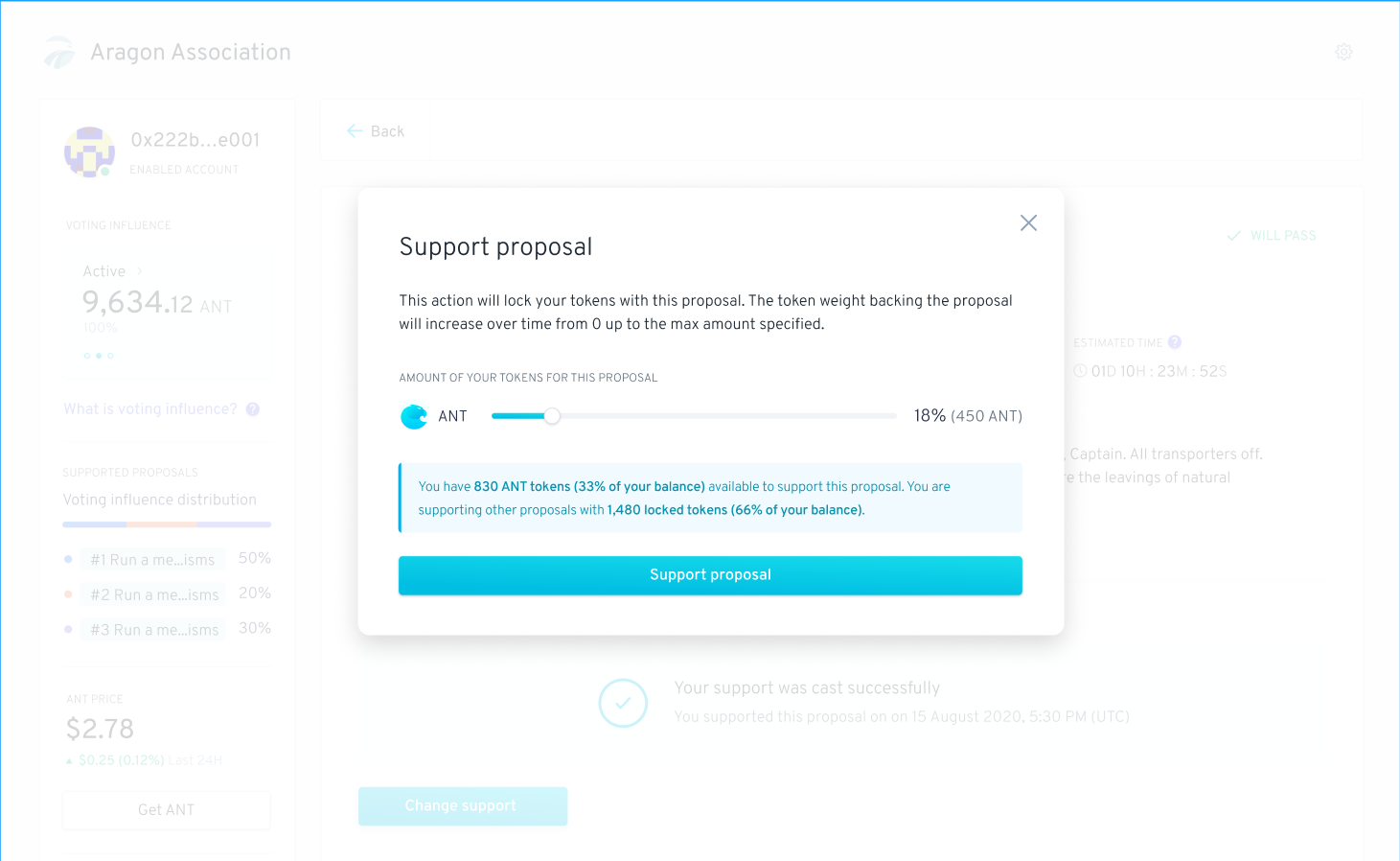 Approvals - Upon approval, the payout process is initiated automatically so work can begin as soon as possible. If a proposer fails to deliver, their reputation in the community will diminish and likely lack support for future proposals.

How to submit a proposal

Write your proposal - Anyone can submit proposals with a project or initiative that may benefit the Aragon community and DAO ecosystem. See this document for proposal guidelines and requirements. For inspiration, see this list of proposal ideas. 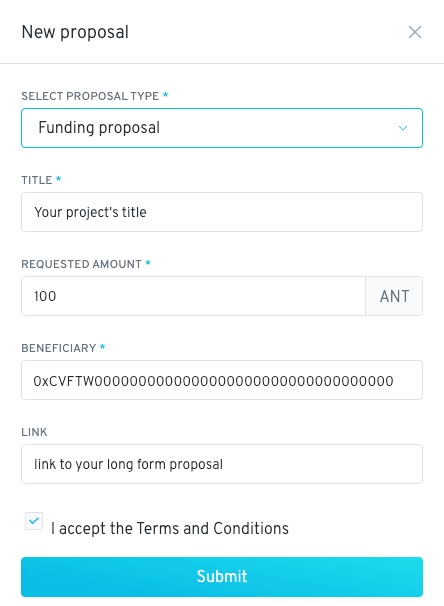 Claiming your funds - For accounting purposes, the Aragon Association will require the proposer to provide the following information to claim their funds: natural name, country of residency and tax paying number or passport. The Applicant must send this information to [email protected]. This information will only be used for the purpose of this program and will not be shared with third parties. Once a proposal has been approved, wrapped ANT (AA-ANT) will be transferred to the relevant Ethereum address. Once the relevant information has been sent to Aragon, the account will be granted permission to unwrap the AA-ANT.

Official Announcement
How it Work?